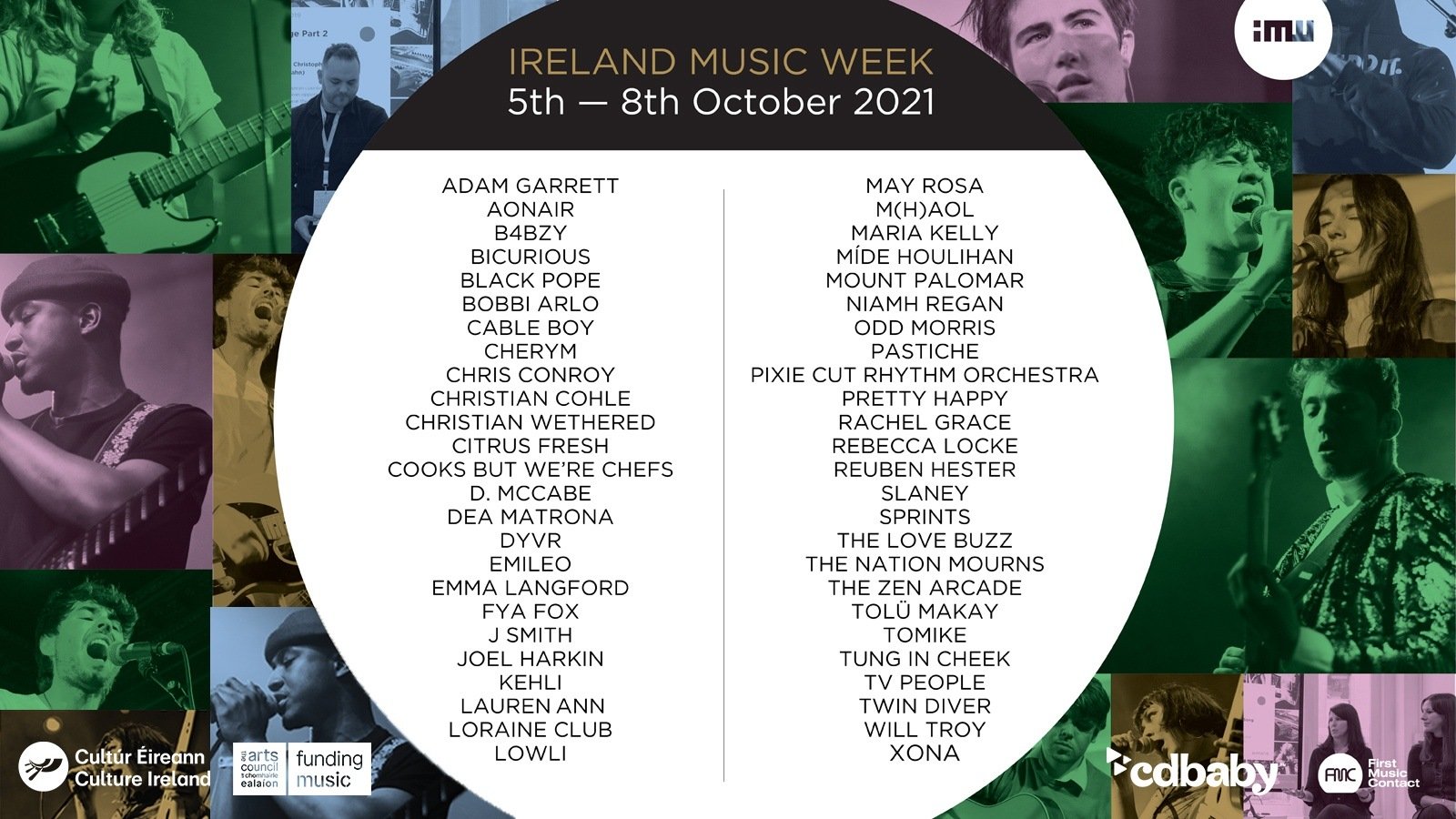 Ireland Music Week has announced the 50 acts to play the showcase festival and music conference this year while revealing that there will be no return to venues for 2021 as the uncertainty around live music returning in Ireland continues.

Taking place from Tuesday October 5th to Friday October 8th, Ireland Music Week has announced the following 50 artists, alongside its first round of international delegates for the conference.

These 50 acts will play to the festival delegates with Tiny Ark recording the live sets filmed in The Grand Social, Dublin for streaming as with last year, to be broadcast online in 15-minute sets. The broadcasts happen from Tuesday October 5th to Thursday October 7th at 8pm.

The conference will take place across four daytimes from Tuesday October 5th to Friday October 8th.

Angela Dorgan, CEO of First Music Contact, adds: “Selection for IMW is on most developing artists’  ‘to do’ list and brings with it opportunities to develop into international markets and networks. At FMC the artist is central to everything we do, we look forward to supporting the class of 2021 in as many ways as we can and give them the same international opportunities as artists have had before the pandemic”.