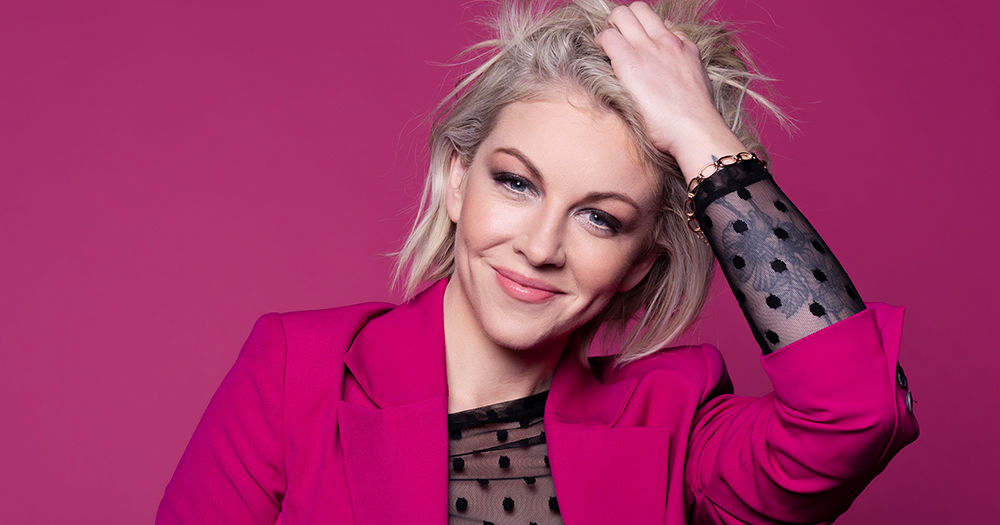 Ireland has dispensed with the acoustic troubadours and novelty muppets and puppets and made a Eurovision pop banger for the 21st century.

Lesley Roy’s ‘Story Of My Life’ is a big brash pop song with strains of Katy Perry and Carly Rae Jepsen and it’s one that passes the first test – that it isn’t so cringe that it makes you feel embarrassed to be Irish – a low bar but one that Dustin The Turkey didn’t pass.

‘Story Of My Life’ is a perfect Eurovision entry with a catchy chorus and a well-needed na-na-na bit to boot.

Lesley is from Dublin and co-wrote and produced the song. The video was directed by Kate Dolan.

The song will be produced for the stage by theatre mavericks Thisispopbaby who are known RIOT!, Alice In Funderland and who have previously hosted a stage at Electric Picnic among others.

It could do well. One of the early favourites is this suave track from Iceland from Daoi Freyer.