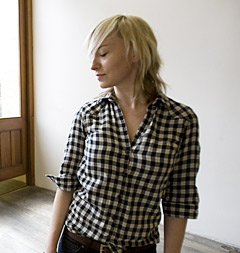 Jim Carroll is a music journalist for the Irish Times and runs the ever-popular On The Record blog, but you knew that. You can catch his radio show – The Far Side every Tuesday night from 10pm to midnight on Phantom 105.2.

I know, I know….talk about stating the bleeding obvious, but it’s years since I’ve been as impressed as much as this by an Irish debut album. In fact, the last time I was so smitten with a debut record, chief Villager Conor O’Brien was also involved as one-quarter of The Immediate. Here’s an album and a songwriter head and shoulders above his peers here and elsewhere. We will all want to be Villagers by year’s end.
[Buy from Road]

If you thought “Asylum” was rocking, wait until you hear forthcoming single “Release the Bees”. Live, Not Squares don’t put a foot wrong and they’re also demonstrating commendable surefootedness in the studio too. Their debut album will be a beast and a half. Dastardly punktronica with all the vices.

I can’t even begin to count how many times I’ve played new album “Friendship” in the past few weeks. TRM may be a part-time band these days given the vagaries and demands of other projects and geography, but don’t take that to mean the music is half-cocked. There are tunes on “Friendship” which soar beyond the stratosphere and sculpt grooves which only the most cosmically connected of bandmates are capable of realising.
[Buy from Road]

It was always going to be interesting to see what Cathy Davey did after “Tales of Silversleeve” established her as the go-to girl for smart pop tunes. What Davey has done with “The Nameless” is taken her cues from Earth Kitt, Julie London and Nina Simone, written songs about death and produced a belter of an album which is bigger and bolder than what she’s ever done before. Trust me, there are songs here which will get under your skin.

Another one from up north – indeed, this berth could also have gone to Girls Names, ASIWYFA or Two Door Cinema Club. Instead, let’s go with Strait Laces who I saw by complete accident at SXSW last month. Against all odds – a terrible sound system, a horrible room, a dofus of a soundman, equipment on the verge of a nervous breakdown and an audience of about 10 or 11 folks – the trio powered through a no-holds-barred set of primetime punk rock. Raw power to the max.