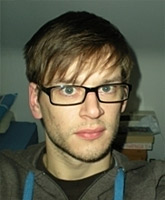 Chris Jones is editor of AU Magazine in Belfast and also runs his own blog. You can find him on Twitter.

“So I’ve been asked to list the five Irish acts I’m most excited about. Being a reader of this fine blog, I’m going to stick my neck out and assume that you don’t need me to tell you about And So I Watch You From Afar, Two Door Cinema Club, BATS, Boxcutter or Adebisi Shank. Here, then, are a few box-fresh acts that deserve your love:”

Jack Hamill is from Belfast, he’s only just turned 20 and he’s quite possibly a genius. He started at 16, channelling ambient and IDM under the name of RL/VL, but he’s since absorbed a world of early electro, funk, dub, disco and house and he has the potential to go stratospheric. Boxcutter, Martyn, 2562 and Detroit prodigy Kyle Hall are fans, and a series of high-profile releases and remixes are in the works. Say no more.

A Belfast quartet heavily influenced by the non-whiny end of post-hardcore and intelligent American alt.rock – Cursive, Q And Not U, The Argument-era Fugazi. Only one (so-so) EP so far, so catch them live – a hell of a tiny drummer, huge choruses and a bullet-sweating frontman.

There are two Heliopauses on the island – this (as their MySpace URL indicates) is the Belfast edition, though they are currently split between their home city, Brighton and rural Wales. They make hushed, achingly beautiful indie-rock that just occasionally explodes in a torrent of bracing noise. A single and a couple of EPs so far; album to follow later this year. It’s excellent.

Belfast has a fertile underground electronic scene (see also: SDC, though he’s been known to decry it) and David Baxter is at the heart of it. Formerly known as Filaria, he sits somewhere between IDM and the bass spectrum but is most noted for his intense musicality and an obvious love of funk and soul. We’re waiting for releases under the new moniker but the last few tunes I’ve heard can go toe-to-toe with anyone you care to mention.

These lads are a bit green and rough round the edges, but it suits their grimy, lo-fi punk to a nicotine-stained T. Huge fans of The Black Lips, they have the look and (on stage at least) the attitude to cause a stir, but crucially they also have the tunes and the live show to back it up.