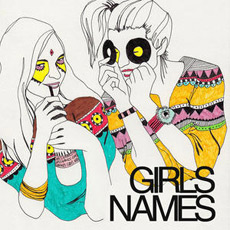 Una Mullally journalist with the Sunday Tribune, presenter of TG4’s music show (2nd series forthcoming) Ceol Ar An Imeall and club promoter for Soundcheck every Thursday, tells us what Irish music is doing it for her at the moment.

1. The Cast of Cheers

It’s hard to typify the emergence of Irish sometimes instrumental or mathy or experimental post-rock or whatever-you-want-to-call-it bands as some kind of scene considering they come from all over the country, and now for The Cast of Cheers to add their jittery, complex and sometimes chirpy brand of that noise to the cacophony.

James O’Neill is a star. Amazing voice, ridiculously fun performer and most importantly, humour. Plus SHOCK HORROR, a bank of tunes in his arsenal that should see most popstars either tremble in fear or try to nick them. Quality ‘now’ pop coming out of Ireland? Makes a change.

I don’t know why 78% of all new bands have to have the adjective/noun ‘surf’ attached to them but I’m guessing it’s either “cool” and or “hip” and possibly even “now”. Anyway, these Belfast boys scuzzy version of kissing under boardwalks substitutes a dark shoegazey jangliness for the more affected hang ten nonsense currently wiping out.
Girls Names – ‘Graveyard’

The Parks have been around for a while. They don’t seem to do that much in terms of recordings or gigathons, and as a result of that combined with sliding doors resulting in me constantly missing gigs they do play, I’ve never seen them live. They have a heavy grungey buzz that’s builds nicely into a kind of slow burning vibe and I suppose for that reason I find myself returning to tracks like ‘Nothing Comes From Nothing’ repeatedly.

A lot of the current chilled stuff knocking about the cyber highway space infinitium leaves me sort of cold, but Solar Bears manage to make the made-up chillwave genre sound as though it’s snuggling an electric blanket. SYNTHS HAVE FEELINGS TOO.

Solar Bears – ‘Primary Colours At The Back Of My Mind’