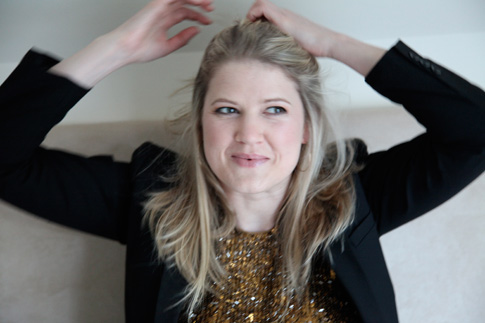 Jenny Huston’s radio show airs on RTE 2fm from Monday to Thursday 9 til 11pm. Jenny is also the author of the 2009 book In Bloom: Irish Bands Now. You can catch her on Twitter or Facebook. Here are Jenny’s five essential new artists of 2011: 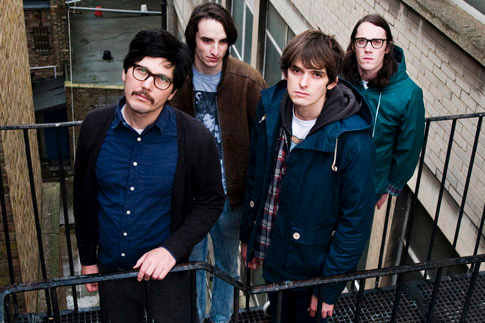 When I first heard Mazes at the start of the year they brought me back to my teens and those early days at university. Bands like Pavement, Sebadoh, Guided by Voices, early REM and even Fountains of Wayne. Short blasts of lo-fi, melodic pop that ranged from laid back to frenzied. I loved how spontaneous and unpolished it was. I immediately fell in love with ‘Most Days’, ‘Summer Hits’, ‘Boxing Clever’ & ‘No Way’. The album A Thousand Heys is a record that could have been released in the mid ’90s and, I suspect, will hold its singalong lo-fi pop brilliance for decades to come.

I arranged to meet up with the lads in Austin, Texas during SXSW and (unsurprisingly) they were lovely: humble, passionate about music and making music – not about where it would take them. Dig into Mazes further and you see what a huge part they play in the DIY scene in the UK with the various labels they run (Jack runs Suffering Jukebox. Conan, also a member of Graffiti Island, runs Italian Beach Babes. 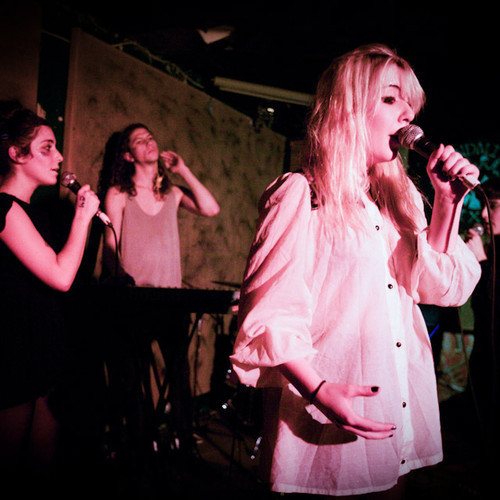 Austra are a three-piece from Toronto consisting of Katie Stelmanis, Dorian Wolf & Maya Postepski . The debut album Feel It Break was released on Domino in May. Critics are lumping Austra into the goth electronic group, but it stands out for me as more interesting than many of the others being filed into the same category. Vocalist Katie Stelmanis’ voice is sharp and haunting. Her operatic training has given her range and strength rather than pomposity. The result is sexy and driven electronica that ranges from melancholic (yet up tempo) electropop gems like ‘Lose It’ to the darker ‘Beat And The Pulse’. Great motivating music for house cleaning or for getting into weekend mode.

Little Comets debut album ‘In Search of Elusive Little Comets‘ finally came out at the start of the year. It was an album they had been sitting on for some time (having already released singles from it in 2009) as they got themselves out of a major label deal they were unhappy with. I liked their single ‘Joanna’ enough that I wanted to interview the lads at SXSW. “Did I want an acoustic too?” Sure. I was expecting it to be a flatter version of their recorded material as often is the case, but they had me my producer and the studio owner completely blown away. They performed ‘Adultery’ and ‘Mathilda’ and ‘mixed’ themselves by moving in and out of one microphone. It was a flawless vocal with great harmonies. We went to see their show later on in the British Music Embassy and they were on fire – a college students dream with a difference. They had instruments tied to a rope that ran the length of the stage, that they reach up for and unknotted as needed (you can see it in the video for ‘One Night In October’ . Live they far exceeded their debut album.

With a new drummer, l the band are set to release their first truly new material in years next week and there seems to be serious momentum for the lead single in the UK already. The Worry EP comes out December 12th 2011. 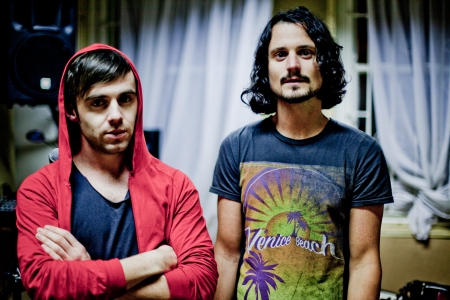 I first heard We Cut Corners a couple of years ago but it was at the start of this year that I really took notice. They came in for a live session for The Certain Three Tour in January. They had become really really good. I watched them in The Workman’s that week and they took it up another level again. ‘Go Easy’ was a great single. ‘The Leopard’ followed . Brilliant. They were fantastic at HWCH and have been every time I have seen or heard them this year. Slowed down acoustic or full speed electric they deliver brilliant vocals and harmonies and some of the best lyrics I have heard in years. That they accomplish this with just drums and guitar (singing falsetto while drumming is also pretty remarkable) is even more impressive. They are also one of the few bands that make me laugh out loud with some of their lyrics. Their debut album Today I Realized I Could Go Home Backwards is a must have purchase.

‘A Pirate’s Life’ is the track that has won them hearts outside of the muso clique and has got everyone taking notice. These two teachers, Conall Ó Breacháin and John Duignan are poised for international breakthrough. 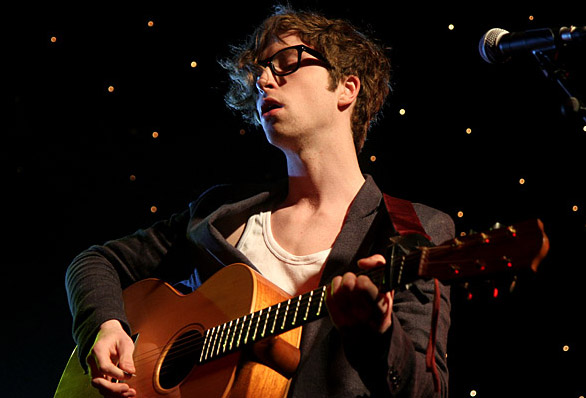 I am not know for my wide-ranging love of singer songwriters but a few have stood out for me over the past couple of years and Rainy Boy Sleep aka Stevie Martin from Derry, Northern Ireland is one of them. Impressive looping lifts what would otherwise be just an acoustic singer songwriter. His voice is key – it goes from gentle and vulnerable to haunting and angry with ease. In this regard he reminds me a great deal of Tom McRae and his Mercury Prize nominated debut. Rainy Boy Sleep has another winning element – his great manner on stage. He is immensely likeable with a quirky offbeat humor “this is a song about writing letters to dead girls” was an introduction to ‘Yours Truly’ during the summer. He had a summer spent playing Glastonbury, Reading, Ray Davies Meltdown Festival, Southbank London and Hard Rock Calling in Hyde Park. He even supported Cyndi Lauper on her UK tour.

‘One After One’ is the song that got under my skin when I heard him play the IMRO Showcase tour. Expect a full release early in 2012.