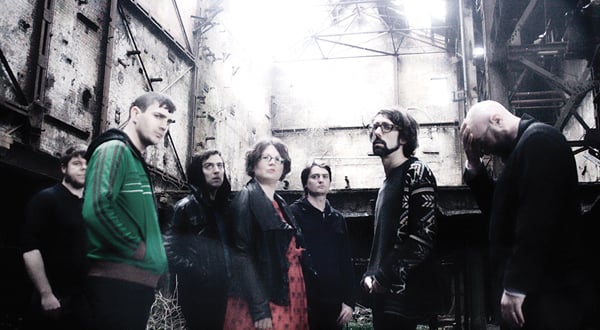 
Given that the glooming preview video/song ‘Observatory Destroyer’ is 19 minutes long, you can expect Popular Music is a tongue in cheek title of The Jimmy Cake’s work in progress fifth album, the followup to 2008’s Spectre and Crown.

A lot can and has changed since then. With members moving on and others joining, the 2012/2013 version of the band is an entirely different proposition to the elegaic orchestrations of Spectre & Crown. Popular Music will be released on 180g double vinyl with only 3 tracks on 4 sides of vinyl (?) clocking in at a whopping 72 minutes. The album will be accompanied by illustrations by Jack Teagle (his work is awesome) which are supposedly “darkly magnificent”.

The band have kicked off a Fundit to raise the €7500 for mixing, mastering and manufacturing. See the rewards and details. Sadly, the touted €1,000 reward of “all our shoes” isn’t real.

Vote in the Nialler9 Irish album and songs 2012 Readers’ Poll