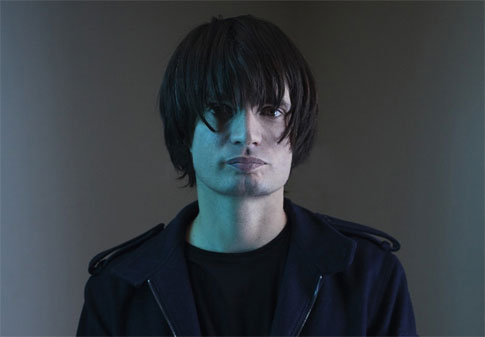 Death In Vegas – ‘Your Loft’ (feat. Katie Stelmanis of Austra)

It was 2003 when his score for Bodysong was released, when the world realised the hunched-over silent one in Radiohead who played guitar like he was trying to strangle it to death was actually a rather good composer in his own right. Jonny Greenwood’s influence on the band’s sound was always more polychromatic than just the sound that he chokes out of his six-stringed instrument. The multi-instrumentalist’s beloved ondes Martenot (an early electronic musical instrument that sounds like a theremin) was key to the atmosphere and colour of albums like Kid A, Amnesiac, Hail to The Thief and the band’s subsequent work.

After a stint as the composer in residence to the BBC Concert Orchestra in 2004 and 2005 where he composed smear, Piano for Children and Popcorn Superhet Receiver, Greenwood embarked on his most successful score for Paul Thomas Anderson’s There Will Be Blood in 2007. The score was widely credited as a key attraction to the film and it would probably have won an Oscar had some of the music not been reworked from Popcorn Superhet Receiver.

Since then, and in the four year gap between In Rainbows and The King Of Limbs, Greenwood has immersed himself more and more into solo composition work including 2010’s Doghouse, a piece that will be performed live during The Reich Effect with conductor Robert Ziegler in City Hall on Friday July 29th by the RTÉ Concert Orchestra alongside works by Kjartan Sveinsson of Sigur Rós, Nico Muhly and Steve Reich himself.

Doghouse formed the basis of Greenwood’s latest score for Japanese film Norwegian Wood and he will next feature as the composer of the music in the upcoming film We Need to Talk About Kevin directed by Lynne Ramsay and starring Tilda Swinton and John C. Reilly.

Jonny told me (via email) about his composition work and how it has affected Radiohead, the process behind There Will Be Blood, Steve Reich, catching up on a big inspiration of his – Polish composer Krzysztof Penderecki, the ondes Martenot instrument and Doghouse.

How difficult was it to make the leap from Radiohead to compositional work?
Radiohead is all about compositional and arranging work, so I’m happy writing for any arrangement of instruments….I try to thing of all of them being equally important/useable, from guitars, to laptops to french-horns. Whatever makes the song work.

What skills helped you make the jump?
I guess studying music until I left school, and playing in various after-school orchestras and music groups. I’m certainly grateful for all that I learnt then, and am still relying on that knowledge.

And vice versa, how has composing affected your subsequent work with Radiohead on The King of Limbs for example?
It’s made us a little less cautious about employing some slightly non-standard instruments, and working on paper with something like confidence.

What’s your process like when composing a score? Is it a studio project first and foremost or is it more conventional?
It’s meant to be the opposite of recording, in fact. I obsess about the performance, the players, and the sound of being in the room with them. Recordings are still second best – nothing like hearing an orchestra start up in a silent room.

How does working with a conductor like Robert Ziegler compare to working with a band?
It’s pretty similar, except I flood him with illegible manuscripts and leave him to clean up the aftermath.

Has there been any limitations on your composing as a result of an orchestra playing your scores?
No – or at least, no limitations that aren’t creative to work with. If there are things you can’t do, it sets the borders on what you can, and that’s already a giant area of opportunity.

You have reworked some previous material for Popcorn Superhet Receiver into There Will Be Blood and Doghouse into Norwegian Wood. What was the reasoning for this?
The directors of those films just had enthusiasm for them, so we worked elements from each into the soundtracks.

The score for There Will Be Blood is brilliant piece of work. It’s a great example of music that heightens the narrative as well as adding to the unsettling tone of the film. What’s your process for scoring for film? Is it easier to set music to already established visuals and a narrative? What role does a director like Paul Thomas Anderson play in your scoring work?
It’s easier having a reason to write music – something to hide behind. That music was written about those big landscapes, and the smaller chamber pieces were about the kid, HW. I had real luxury with that film: real soundtrack composers have made it clear to me that that was an easy ride: I could write what I wanted, and had the enthusiastic support of Paul Thomas Anderson: usually there are more than two people’s opinion involved in every decision, but on that film we were left to it. In the end, I wrote too much music, all about the story and the landscapes, and he even fitted some of the film to the music. Ridiculous. Shan’t happen again, they tell me….

Are there any directors you’d like to work with?
I don’t have much time outside of Radiohead – when I get spare time, I’m just happy writing and recording music, especially that’s played from paper: I find that really interesting.

What attracted you to providing the score for We Need to Talk About Kevin?
I said no at first, because of time constraints, but then Lynne (Ramsay) sent me a rough edit of the film – and we worked out a way of making it happen.

What can we expect from that score in comparison to your previous works?
We used a celtic wire-strung harp for most of it, played by Jean Kelly. It’s a fantastic sound, just right for the character Kevin.

What music, compositional or otherwise, are you listening to at the moment?
Catching up on Penderecki at the moment: just found a soundtrack he did called ‘je l’aime, je t’aime‘ – it’s worth hunting out.

You’re quite keen on the instrument ondes Martenot, what attracts you to using it?
It’s music made from electricity in the purest way imaginable – I love playing them. It’s a little like singing, which I can’t do at all.

Doghouse was inspired by the archives of the BBC Concert Orchestra. How did you extrapolate that into a score?
I hoped that their library would be full of scraps of hastily written ephemera (jingles and theme-tunes for forgotten radio shows from the 50’s) and pictured an orchestra having to play with whatever music they could find there – faded, missing parts etc.

Doghouse will be performed in Cork as part of The Reich Effect, a festival celebrating Steve Reich. Are you a fan? What do you like about his work?
I’m currently trying to learn to play some of it: not easy for me! I’ve never tried to play guitar music from paper, and it’s a long, long process. But I enjoy getting so deeply into one piece of music.

Are there any plans for Nonesuch to release your work on vinyl?
No – and I’m not convinced that classical stuff sounds any good on vinyl. Never loud enough!

Tickets for RTÉ Concert Orchestra’s performance of the work of Jonny Greenwood, Nico Muhly, Kjartan Sveinsson and Steve Reich are €30 and available here.