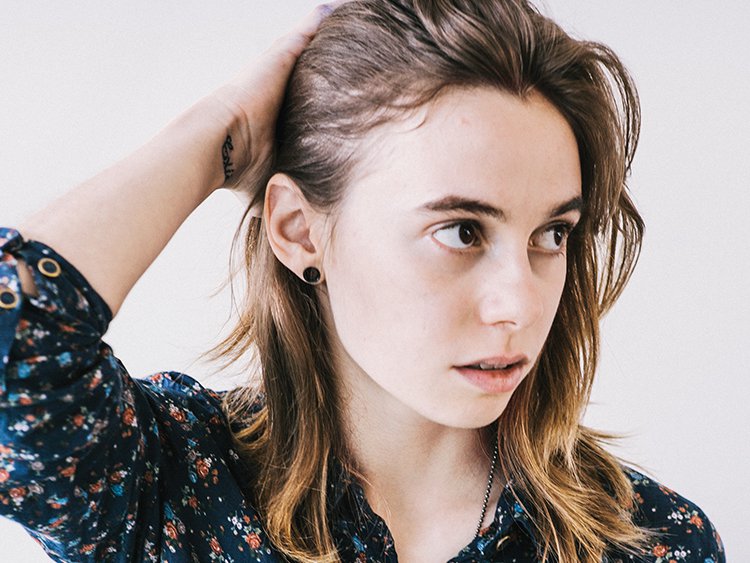 Dizzee Rascal is the first artist announced for Sea Sessions

It’s a cold November evening and Julien Baker is getting ready backstage to go on for her show in Whelan’s.

The Memphis, Tennessee native is experiencing her first winter in Ireland so she politely asks me if she can sit on the floor right next to the pull out heater, setting a humble tone to our conversation.

The 22 year-old singer-songwriter is touring Europe for the second time this year having sold out shows on both trips, including tonight’s show which is her first time playing in Ireland.

That such a young artist is dealing in four-digit figures when she talks of audiences is unusual, but Baker has found an instant audience with her songs.

Baker’s second album Turn on the Lights, released last month, is a poignant follow up of her debut album Sprained Ankle which was re-released on Matador Records this year after its original release in 2015. Both albums have open narratives that deals with issues such as addiction, depression, anxiety and inner demons.

Baker portrays these issues with uncharacteristically soul-baring maturity for her age.

“All these songs that I write are grappling with the ugly and difficult parts of myself. Every time I look out in the audience, I think about how much there is to gain when we’re honest and we don’t hide. Maybe I would not have had this opportunity if I had continued to press everything down?”

She tells me how she grew up engaged in the punk and post-hardcore scene, a genre that originated in the ’80s which uses aggression, intensity and creative expression. Going to see bands such as Defeater, Touché Amoré and Paramore, with whom she got to play with in Montana earlier this year, Julien has taken inspiration in her own performances, from the rawness expressed at these artists’ shows.

“I’ve seen Jeremy who is the vocalist from Touché Amoré perform and it’s always so raw and emotive. Whether he’s beaming because people are crowdsurfing or they are affected by the lyrics. Both of those things can happen within a single set but he’s putting it all on stage and leaving it there, literally screaming.”

At her own gig in Dublin she approaches the stage in Whelan’s to an already attentive crowd and starts into ‘Appointments’, a song about isolation and dealing with emotions and commitment in relationships. The first strum on the electric guitar, looped, strikes emotion instantly in room hushed capacity of 450 people. “I’m staying in tonight / I won’t stop you from leaving / I know that I’m not what you wanted / Am I?,” she sings.

Emotional guards have been removed. A conflux of people sing along to the repeated lyrics “The harder I swim the faster I sink,” from ‘Rejoice’ from the first album, evoking emotional power and expression to the room.

“I wont say I don’t intend to take people on an emotional journey because I guess I don’t intend not to,” Baker tells me backstage. “It’s really more that allow myself to be transparent about what I feel on stage. I try to just be honest and represent that and I think that makes the material of the songs more accessible.”

In her music and performance, Julien opens herself up in an honest and emotionally expressive way. Everything that she gives on stage and through her music is transmitted and reciprocated by her audience. The way in which she expresses her experiences with challenging situations and emotions, resonating with others. Julien Baker is connecting.