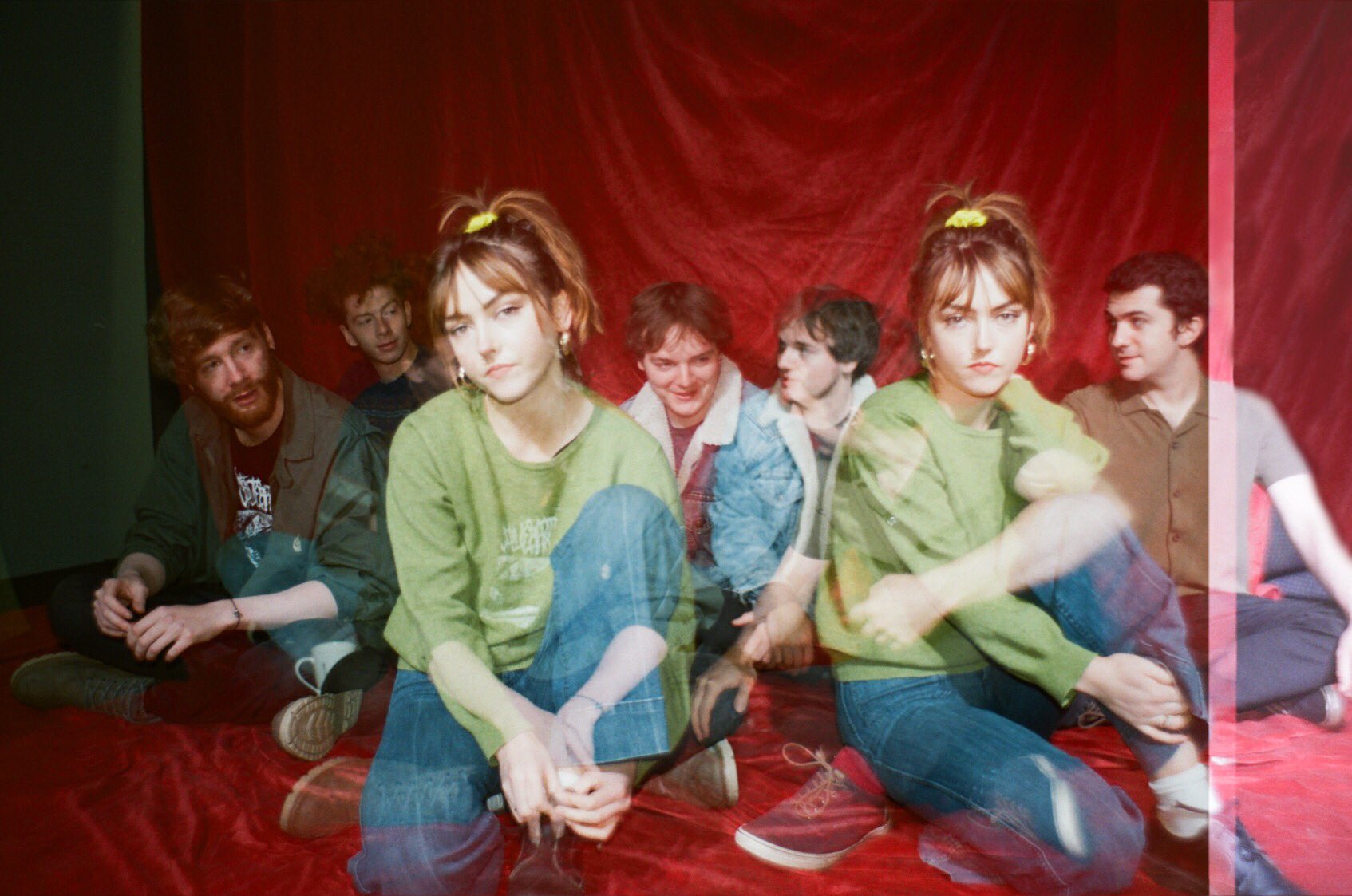 Dundalk shoegazers Just Mustard continue to cement their reputation as on of the nation’s top guitar groups with the release of new single ‘Seven’ today.

The new single is slightly more uptempo than we’ve grown accustomed to from the band. Somewhere between the offbeat bassline and accented drum pattern an almost Stone Roses-esque groove is born.

This is just a platform for the washed-out guitar squeals and very dulcet vocal lines which provide ‘Seven’ with such a strong sense of melody.

A breakdown in the track’s middle threatens to take the song into more industrial, disparaging sound palettes – only for the band to pull away and offer another verse instead.

The video which accompanies the song is directed by Graham Patterson, a symbolism heavy multi-media exploration. Vocalist Katie Ball had the following to say on it.

“Through the imagery we explored themes of perspective, perception and faith, taking inspiration from the lyrics. Most of the props in the video are things from my bedroom that we made into villains. We were interested in using mixed media in the storytelling so we included some paintings and made some stop motion animation too.”

Just Mustard are heading off on an Autumn/Winter headline tour – one that sees them play Dublin’ Button Factory on December 21st, Voodoo Belfast on December 11th and Dolan’s on December 28th.

MuRli has got bars for days on surprise new single ‘Neighbours’