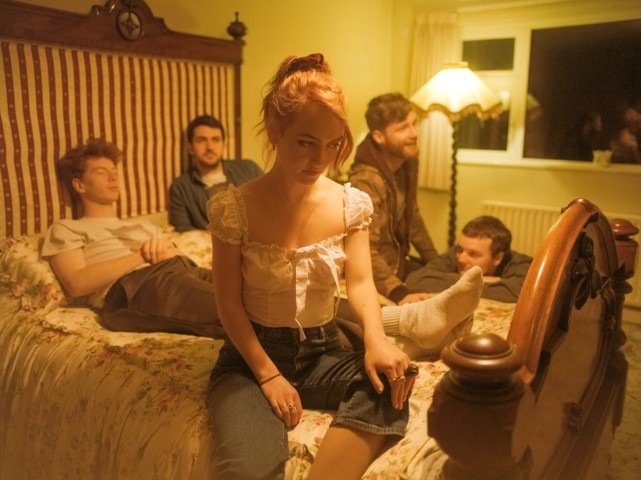 Dundalk band Just Mustard continued their worldwide ascent this week with the news that they were added to the main lineup at Primavera Sound in Barcelona replacing Georgia Anne Muldrow. The band were already playing the Primavera Pro, industry showcase of the festival.

Last month, the band gave us ‘Frank’, a hypnotic song featuring KT Ball’s vocals ebbing and flowing against the band’s undulating atmospherics. Now we have the B-side split track ‘October’:

‘October’ delves deep into sludgy atmospheric rock, a slow-pacer lifted by celestial guitar sounds and angular notes with Ball’s discombobulating voice guiding you through the murk. This could have soundtracked the raizing of King’s Landing in Game of Thrones in another universe.

The 12″ single is on Bandcamp for ordering ahead of June 1st release and all the band tour dates are below.

Silverbacks’ take stylish trends in their stride on ‘Pink Tide’