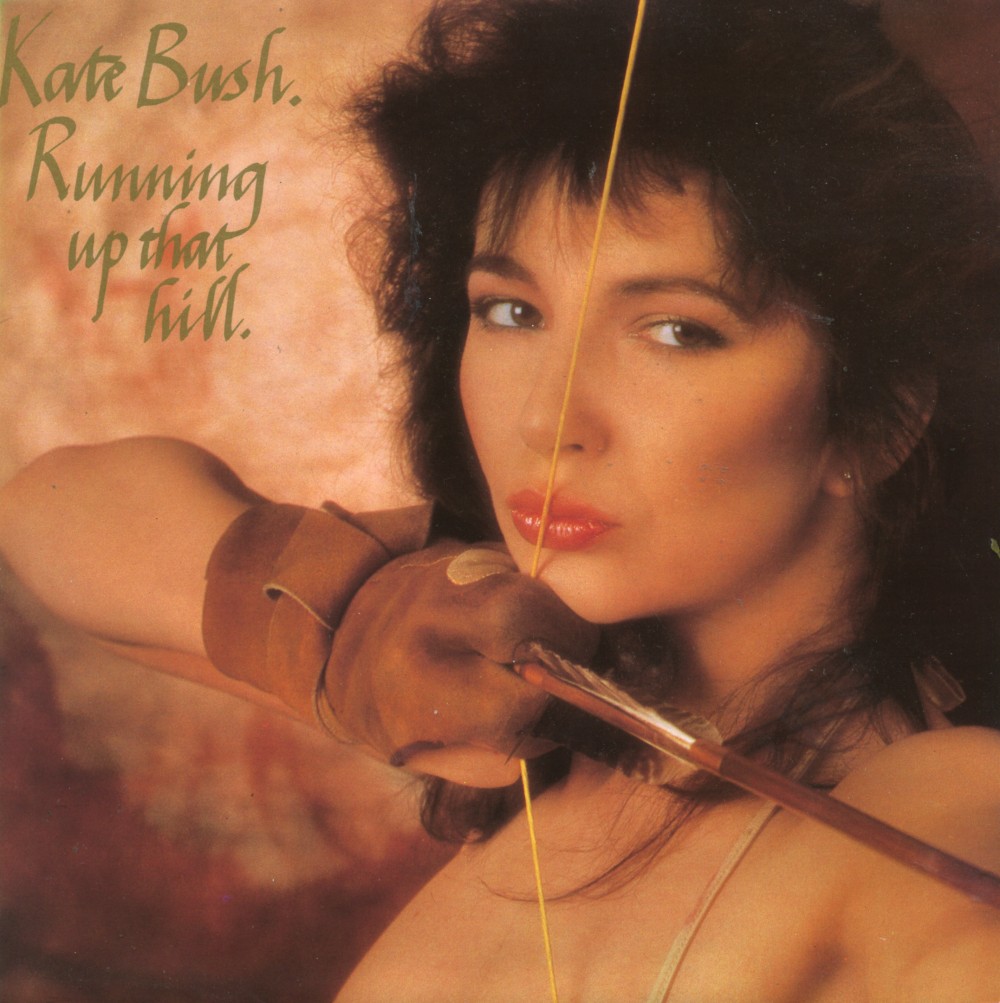 After airing in the Olympics closing ceremony in London last night, a new version of one of the greatest songs of all-time, ‘Running Up That Hill’ was released. Kate Bush’s 2012 remix is modelled on the 1986 12″ single remix and features re-recorded lead vocals by Bush, scaled down to fit her current lower vocal range. Buy it, I just did.

Hi there,
I hope you all enjoyed the remix of Running Up That Hill this evening at the Olympics Closing Ceremony. They certainly put on a brilliant show.
Kate

I was trying to say that, really, a man and a woman, can’t understand each other because we are a man and a woman. And if we could actually swap each other’s roles, if we could actually be in each other’s place for a while, I think we’d both be very surprised! [Laughs] And I think it would lead to a greater understanding. And really the only way I could think it could be done was either… you know, I thought a deal with the devil, you know. And I thought, ‘well, no, why not a deal with God!’ You know, because in a way it’s so much more powerful the whole idea of asking God to make a deal with you. You see, for me it is still called “Deal With God”, that was its title. But we were told that if we kept this title that it would not be played in any of the religious countries, Italy wouldn’t play it, France wouldn’t play it, and Australia wouldn’t play it! Ireland wouldn’t play it, and that generally we might get it blacked purely because it had God in the title.