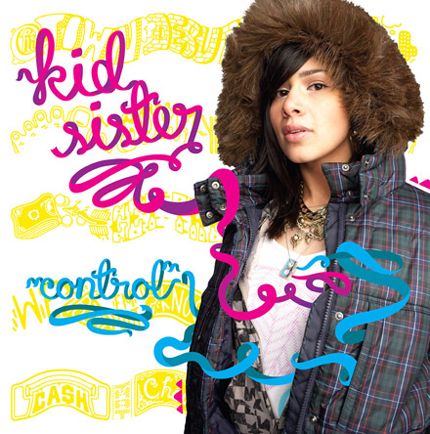 We featured some of Kid Sister’s kid brother’s music in our April podcast as Flosstradamus but now Chicago MC Kid Sister’s got dibs on the first release from Fools Gold Records (setup by A-Trak and Nick Catchdubs). “Control” is a good introduction to her style of club rap with a delivery akin to a female Kanye West who incidentally dropped a verse on Kid Sister’s songs on his recent mixtape. “Control” is catchy as you like. The B-side is the equally good “Damn Girl”.

Keep an eye on Fools Gold as it looks like there will be some interesting stuff coming out from the likes of Cool Kids, A-Trak, Kavinsky, GLC and maybe Flosstradamus too. Speaking of Flosstradamus, I’m digging the Matt and Kim remix of “Yeah Yeah”. They also have two mixtapes linked from their myspace – Mixtape 1, Mixtape 2.