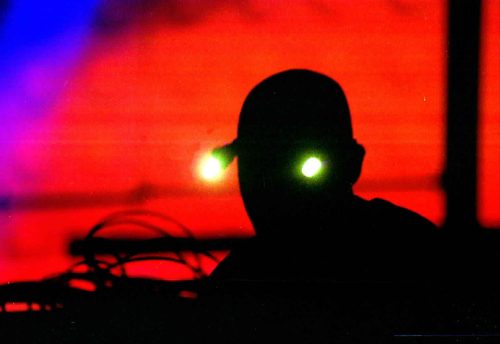 Phil Hartnoll of Orbital is playing with his new project, Long Range (accompanied by Propellerheads drummer Will White!), at Galway’s Life festival the weekend after next. Should be interesting judging from the snippets up on his myspace and the free download from his own site. His brother Paul Hartnoll already has his own album out, beats and pieces of which can be heard here. As you can see from the title however, this post is a shameless pretext to present a nostalgic selection of Orbital tunes. What follows are the last tunes off the first five LPs.

First up is “Belfast”, an endearing old school tune with that sublime opera sample. Apparently the track was named after the heady days of their first few gigs in said city, and so it’s probably a homage to this scene more than anything else. After this we have “Halcyon + On + On”, supposedly a poignant tribute to tranquiliser dependency, to be found on the Brown (or second) album. This beautiful track again makes use of wonderful synth melodies & pads and ethereal female vocal samples from Opus III’s Kirsty Hawkshaw. “Attached” is the last track off Snivilisation, an unlikely yet equally enthralling song that shuffles and flourishes over 12 and a half minutes. “Out There Somewhere”, the second part of a mammoth song on 1996’s Insides, is a similarly lengthy affair. It has a tense tone of uncertainty that shifts towards a euphoric fanfare of sounds at the end of the song. The last tune is “Style”, from the excellent Middle of Nowhere, an intriguing number full of strange blips and squelches, but laden with feeling like the rest of the songs on offer here.

Orbital – Out There Somewhere (Part Two).mp3