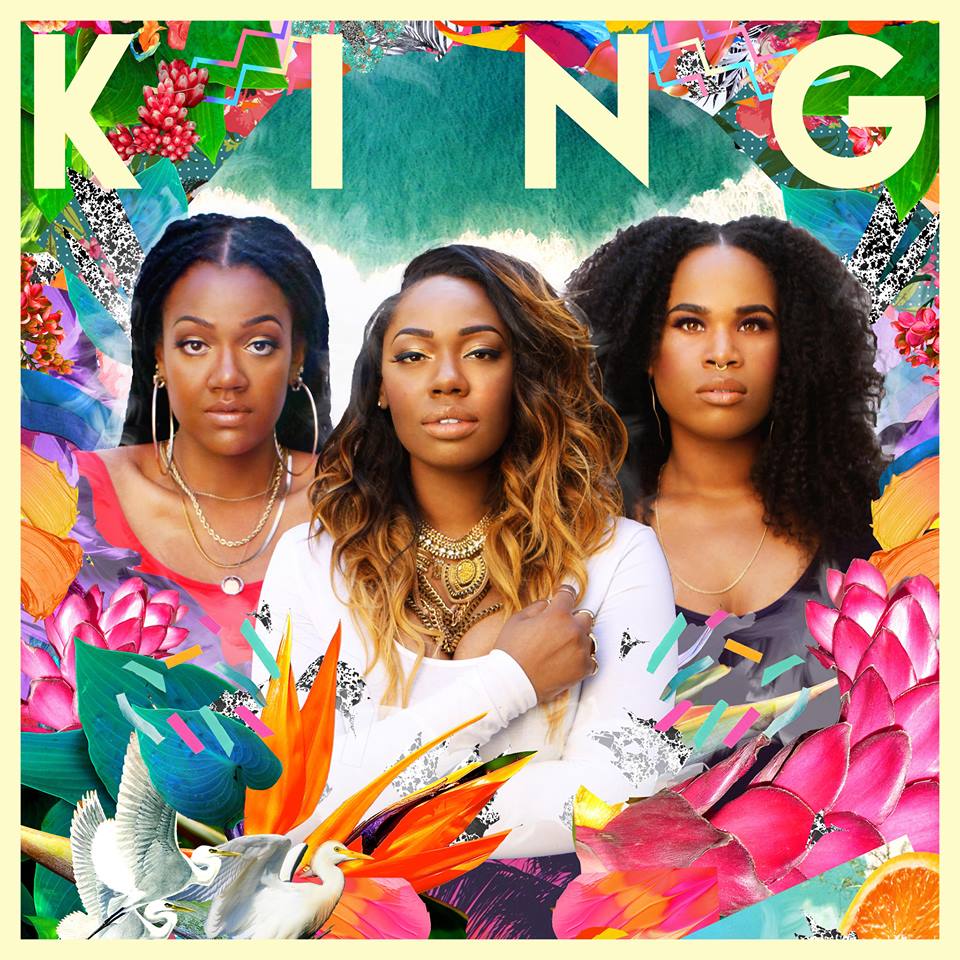 They might have a generic name and not much of a presence but the music of LA/Minneapolis R&B trio King, made up of twins Paris and Amber Strother and Anita Bias leaves a dreamy lasting impression.

As it turns out their name has a meaning: “We named the group ‘KING’ because in a business where so many artists compromise their vision based on what others tell them, we wanted to be in charge of our own musical kingdom from the start.”

Paris is the main producer of the group’s music, there is no male producer at the helm here. King impressed the only and only Prince, who plucked them from relative obscurity to open his LA residency that year, and has mentored them on their independent path. Apart from some vocals for Aviici’s collaboration with Nile Rodgers and a track with the Robert Glasper Experiment, they’ve remained working wholly on their own material.

In 2011, their song ‘Hey’ was a stark contrast to all around it. Five years later, the sound of the band’s debut album is one that fits more into a zeitgeist that welcomes hazy R&B and soul music.

‘The Greatest’ compares their romantic prowess to Muhammad Ali with “It’ll be me, Muhammad the greatest great / Your champion heavyweight,” while ‘In The Meantime’ deals in fleeting engagement (“Light on the window says we should be going / One more glance and we’ll be on our way”). Tempos are rarely raised too drastically though ‘Supernatural’, here in extended mix, sounds like it’s about to bust out into a dance mix.

There’s not a great deal of variation but there doesn’t need to be. It works best as a long-player, changing the mood around it over time. Most of all, We Are King could drift by, but it always hooks you in with its many harmonic hooks. King’s music is meticulous, spirited and twilit.

Album of the week: The Gloaming – 2