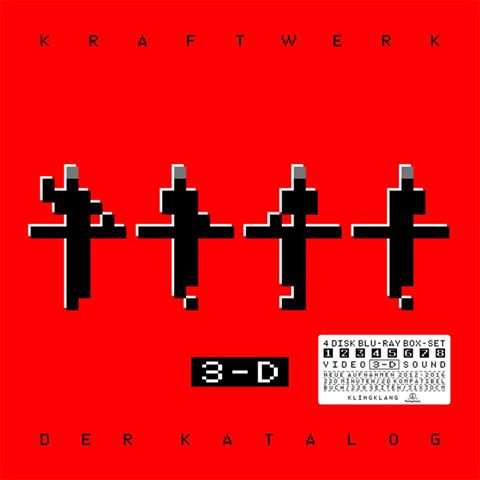 
With 25-dates coming up in Ireland and the UK, their largest tour in this part of the world in 25 years, Kraftwerk will release a special 3-D version of their albums on May 26th.

We know they’ve been doing 3D shows as they did at Longitude a couple of years back but what makes these releases 3D in this context?

The new releases uss “high definition 3-D with Dolby Atmos surround sound and presented to the technological and audio standards one would associate and indeed come to expect from the pioneering Germans led by founder Ralf Hütter. For the very first time, every Kraftwerk fan can now experience a “Gesamtkunstwerk – a total work of art” in the comfort of their own home.”

Kraftwerk 3-D The Catalogue is released across a number of formats including: Blu-Ray, DVD, Vinyl, CD and Download. Special editions include a 236 page hardback art book of imagery from the tour and ther releases are deluxe vinyl box sets.