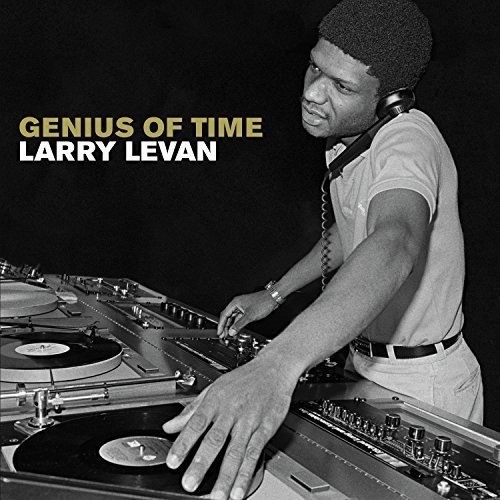 Dance music legend Larry Levan is interwoven into the history of DJing in the 20th century. Via his influential DJ sets at the Paradise Garage in New York from 1977 to 1987 which lead to the formation of the garage house sound (Essential reading: Bill Brewster’s Last Night A DJ Save My Life ), the breaking of many records and his studio production work which lead to his 12″ remixes, still the backbone of many a record bag.

Last year, a limited 12″ trailing the release of an edits compilation Genius Of Time was released on Record Store Day and today, that full length compilation has a release date of March 25th.

Featuring Levan’s versions of Gwen Guthrie, Grace Jones, Arthur Russell’s Loose Joints, Smokey Robinson and Peech Boys among others, these are mixes of originals that catch fire on the dancefloor, as well as telling an alternative early history of club culture.

Unlike the RSD release, there’s no vinyl version planned for now for some reason, it’s CD and download only.

You could do worse than spend an afternoon (or 40 hours) listening to this Larry Levan Spotify playlist: