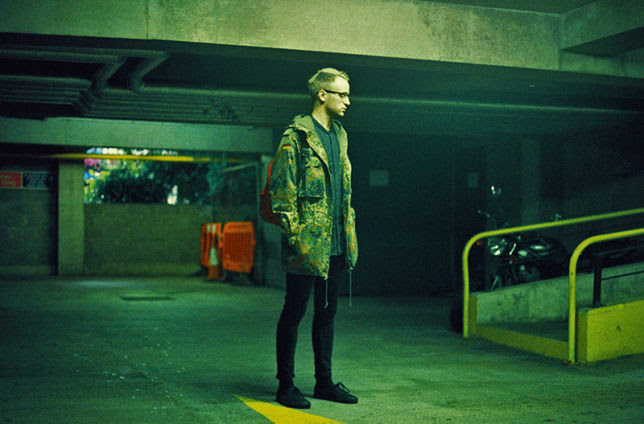 For 2016, Vail is returning to the electronic world that he inhabits as a solo musician.

His debut solo album For Every Silence coming in March 25th (to Pledgemusic funders) and April 1st (Quiet Arch/Believe Recordings), the presser goes, is 89 years in the making, because of a piano utilised in the recording, which was originally made in England in 1927 before being shipped to Derry and used by Ryan’s wife Katie’s family. The piano was restored and plays a central part in the album.

Also on the album are guests violinist Rachael Boyd, Seattle poet Hexxr, singer Eoin O’Callaghan (aka Best Boy Grip), Ryan’s partner Katie who plays flute and sings (and plays live with Ryan) and a “recording of a rousing speech by her uncle, the late Joe Cosgrove, a prominent doctor and peace campaigner in Derry, and the original owner of the piano”.

The album’s first shared track ‘Wounds’ is a prickly synthesizer song of ambience and hushed vocals that doesn’t reveal too much of the piano to come.

Vail says the song is “about a piano who wants to be played but is ignored in his own room, the previous owner was a radio enthusiast so this explains the radio sample. It’s one of the most electronic tracks on the album.”