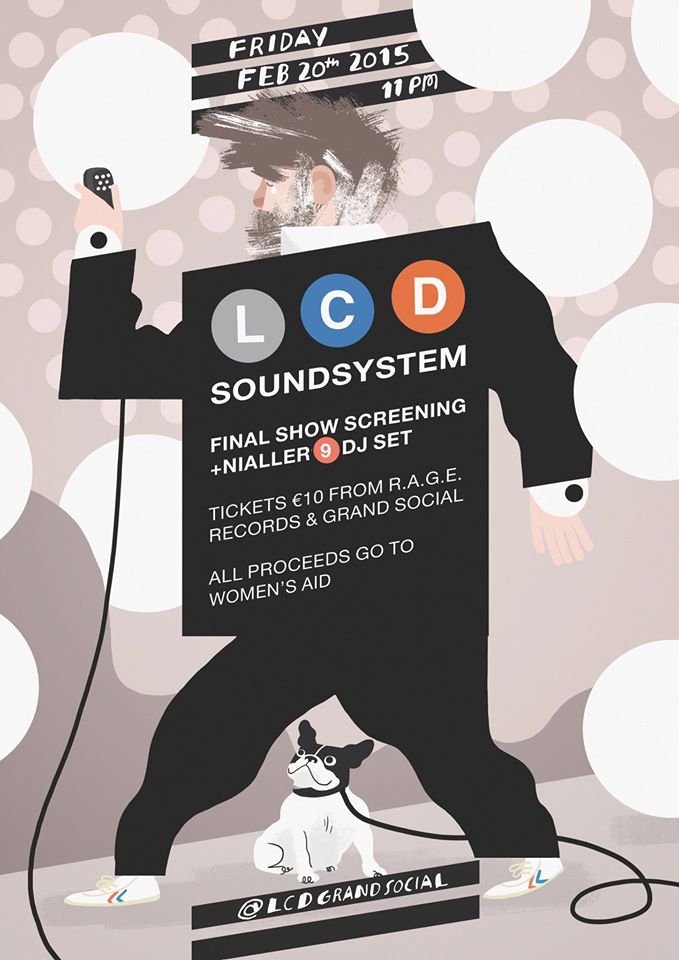 This Friday night in The Grand Social, there is a special screening of the entire 3-hour LCD Soundsystem gig from the film Shut Up and Play the Hits of the the band’s last show in Madison Square Garden on April 2nd 2011.

It all kicks off at 11pm where I’ll be playing some DFA-themed tunes and then the entire concert will be shown. Better yet, it’s all in aid of Women’s Aid.

To get you in the mood, here’s a 20-track playlist of the tunes that LCD made and DFA Records, their label, released, remixed or had an imprint on: