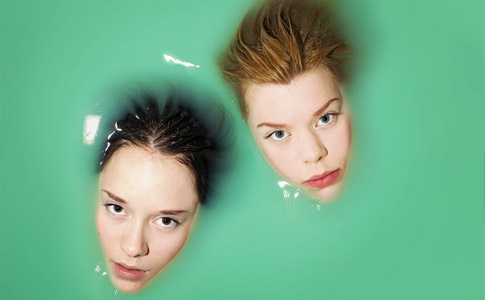 The Gorgeous Colours – The Creatures Down Below EP

‘Something Golden’ is a tune from Le Corps Mince de Françoise , a Helsinki, Finland duo made up of sisters Emma and Mia Kemppainen, which was released last year. Think Telepathe if they made pop music to jump around to. Magic. Also particularly fond of ‘Take Me To The Mountains’ which you can hear on Myspace.

The latest news from the LCMDF camp is they’ve signed to Heavenly so that means a new single ‘Ghandi’ out on November 29th with a remix from Andrew Weatherall, along with UK dates that month (see below).