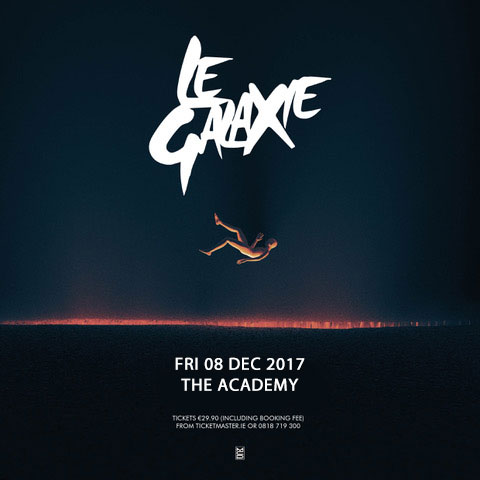 Le Galaxie have announced a headline show at the The Academy in Dublin on Friday December 8th.

Tickets on sale Friday at 9am from Ticketmaster​.

The band have recently played Samhain Festival along with the Smithwick’s Soundtrack Series where they performed reimagined versions of the Apocalypse Now soundtrack.

‘Pleasure’ is the single they released this year that proceeds their new album to be released in 2018.