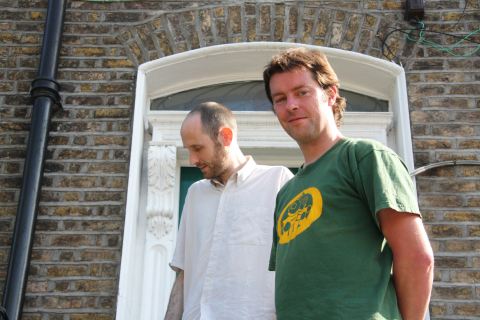 And So I Watch You From Afar: “WOAH!”

Coming in June on Planet Mu is the debut album Riffs from Alan O’ Boyle (Decal) and David Lacey under the moniker Legion Of Two, a darkly dystopian dirge project which pits “electronics against live drums and percussion”. Seriously, heavy dub and industrial stuff indeed, it’s like supremely dark dubstep done live (loads of Ds right there). ‘And Now We Wait’ has been a Mary Anne Hobbs favourite for a while now and the guys did a session for her last week. It’s phenomenal. Check out that, ‘And Now We Wait’, a live vid below and listen to samples from the album here.

And So I Watch You From Afar: “WOAH!”