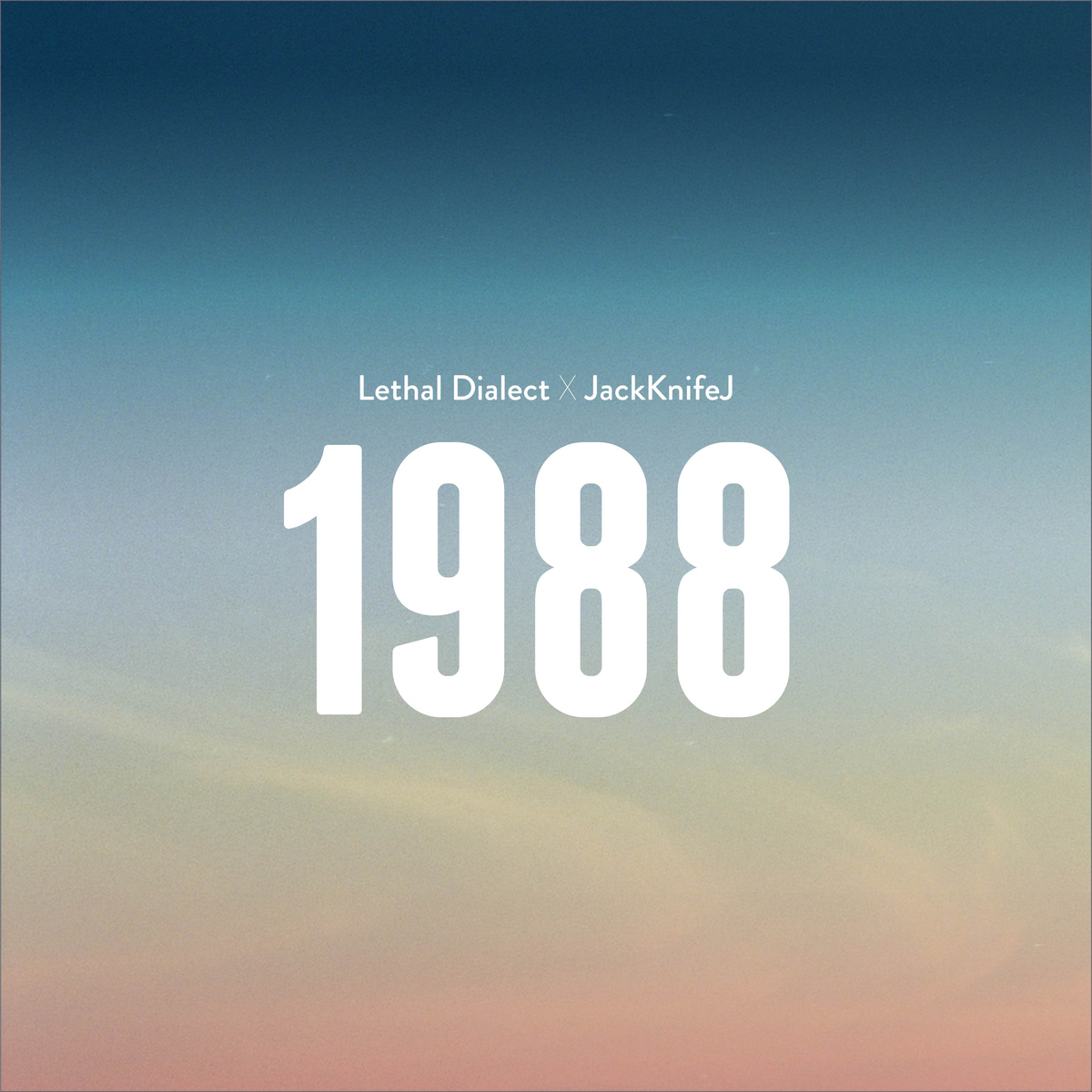 Cabra native Paulie Allwright has been one of the shining examples of Irish rap for a few years now. Through his first two albums under the LD series and his mentorship of those around him, Allwright has lead the way for others to follow.

On his third album 1988, he raises the stakes for albums in the genre from this country. Gone are the more obvious rap standard boom bap beats and in their place are warmer and more dynamic productions by Jackknife-J with live instruments, a translucent bed of synthesizers, club-sounding chord progressions, less-obvious arrangements and soulful backing vocals and hooks by Dublin singer Jess Kav. Moving away from the standard rap template makes for a better album.

1988 features nods to music previously left outside the Lethal Dialect palette, namely his enduring love of dance music heard growing up in Cabra at house parties. ‘Beast Mode’, a song about eschewing the pitfalls of working class neighbourhoods, is the most obvious link to that time, a track built on a slowed-down to rap tempo sample of Layo and Bushwacka’s 2002 track ‘Love Story’.

Allwright is a better lyricist, a man more interested in exploring his life and the society around him in less oblique terms than on previous records. The album’s stunning opener ‘School Dayz Are Over’ features the requisite impressive thematic wordplay “The old heads schooled me to Business but apart from that / I have the Music down to a Science / it’s where my heart is at..”

His cadence and flow is perhaps limited compared to other MCs but Allwright uses it in a dominant fashion and when combined with the hooks of Jess Kav on album highlights ‘Headstrong’ and ’26 Laws’, you hear songs that are close to uncompromised radio-friendly songs. Fellow Dublin underdog Damien Dempsey appears to sing the hook on the album closer ‘Brave’ and the result is a modern Irish rap song that contains links to Ireland’s balladeer past.

By embracing his American influence and his Irish origins, and through Jackknife-J’s productions, Lethal Dialect reveals a more expansive and truer representation of himself as an artist and moves on the parameters of Irish rap in 2014. Onwards and upwards.

Press Charges – ‘People From The Block’