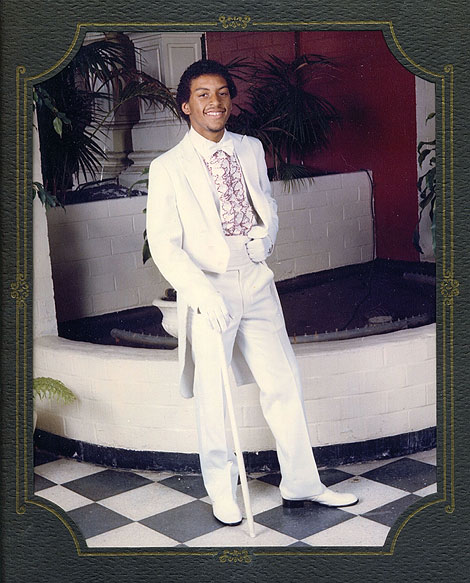 Stones Throw are releasing an anthology of Californian electro ’80s artist Arabian Prince this week entitled Innovative Life and judging by this track you should all get a copy. From the same scene that spawned Egyptian Lover (whose storming set at Mantua was a highlight) , Arabian Prince deals out the 808 electro-funk jams like it’s nobody’s business.

AP (real name KR Nazel) was actually an original member of NWA before Ice Cube showed up and Nazel was surplus to requirements. He got into the exotic sound of electro and made three solo albums – Brother Arab (1989), Situation Hot (1990) and Where’s My Bytches (1993) before releasing music again under his old moniker Professor X in 2007. Much of the anthology was unavailable til now.

All together now – “Don’t go to the beach if you don’t want to get wet”.