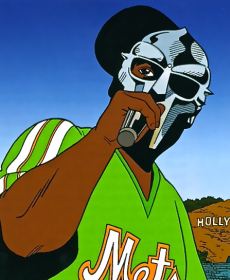 The good (no make that GREAT) folks at Lex Records sent some sweet remixes and mixtapes this way this week. Hold on to your pants.

First up a proper dub remix of Willie Isz’ ‘The Grussle’ from Hyperdub’s LV. Grab the original which is on the album Georgiavania out now from eMusic or Lex Shop. Proper dub-sided. Willie Isz are Jneiro Jarel & Khujo Goodie.

The Horrors return to the remix game once again to remix Heartbreak’s ‘Akin to Dancing’, adding some further Italian sounds to an already Italo-disco template. Pick up the vinyl.

Boom Bip has recently collaborated with artist Charlie White on a remix of the theme song to White’s animated video 3-part series called, this is good, OMG BFF LOL. For the remix, Boom Bip goes by the moniker Teen Dance and he apparently has a solo album coming out maybe before the end of the year.

An unofficial DOOM mixtape by Pipomixes with nearly 43 minutes of the man who The New Yorker recently profiled. Read an excerpt.

Finally, Jneiro Jarel under his other name, Dr Who Dat? has a fairly dubstep heavy mixtape called Can I Dub Your Tape? No! Tracklisting and zShare download.

A Twittertape to beat the Monday blues