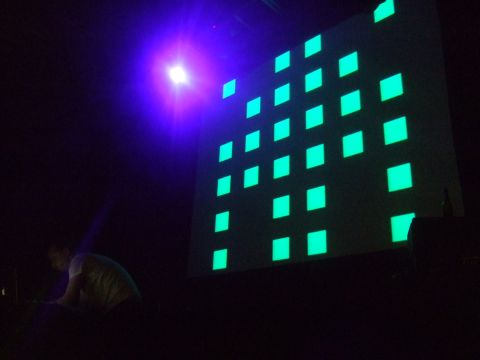 Some photos and videos of last night’s LFO show, his first ever in Ireland. The atmosphere was amazing at it (that may just have been the majority of people off their mash on ecstasy pipes) with a noticeable amount of old skool ravers there to relive their former glories. Props to the guy in the LFO boilersuit giving it loads and thumbs down to the guy in the condom hat clinging to my leg pleading for Daft Punk to be played because it was his last night of freedom.

Despite the atmosphere, LFO’s set wasn’t the release a lot of people were waiting for. Bell looked a little bored at times and could have engaged with the crowd more. I had a great time but a lot of people expressed their disappointment with the set. Maybe waiting 10 years to see him live brought high expectations that he just couldn’t live up to.

Calexico, Beirut and a Hawk and a Hacksaw live