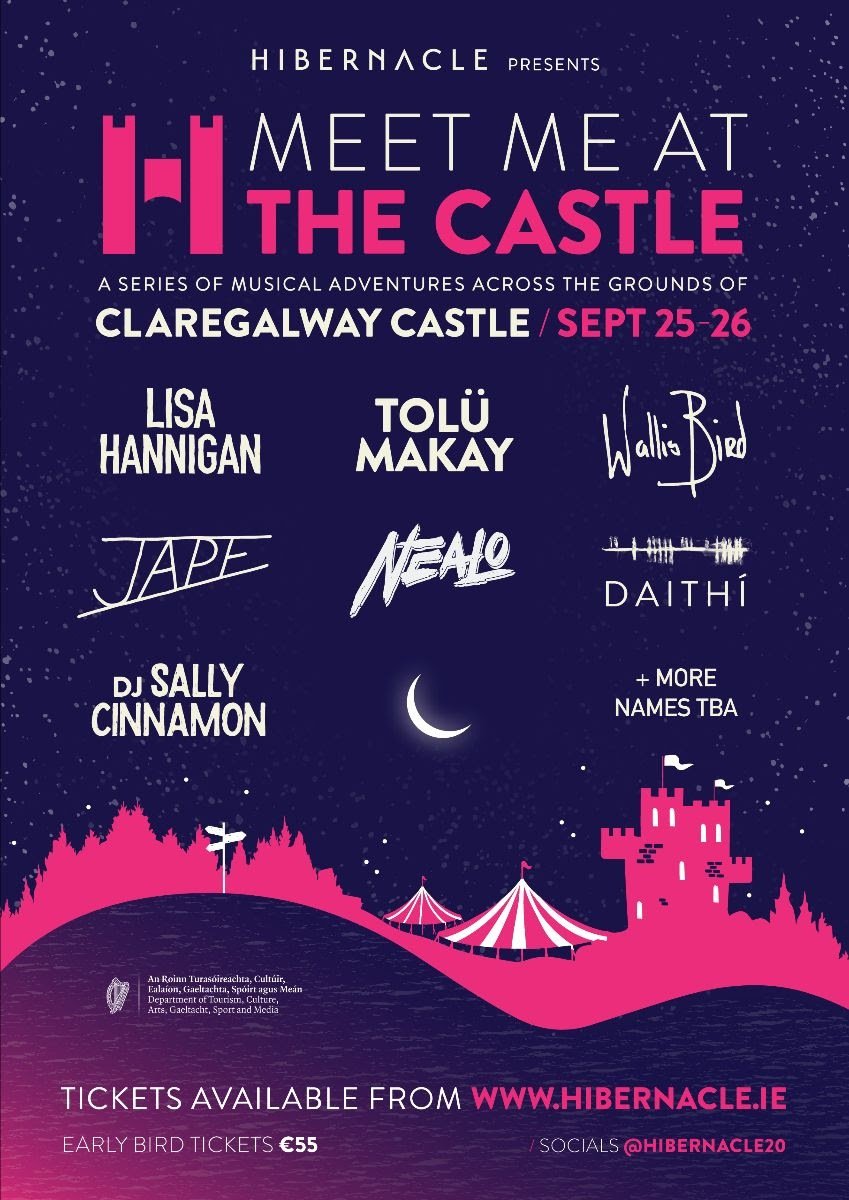 Meet Me At The Castle is a lovely weekend of gigs happening atClaregalway Castle, Co. Galway on Saturday 25th and Sunday 26th September 2021 by the promoters behind last year’s ambitious Hibernacle event which brought musicians together in Doolin to collaborate during lockdown.

All artists will be playing both days and the event runs from 2pm to 10:30pm each day in Claregalway Castle. Expect collaborations between the artists in the Hibernacle style.

There will be food, drink and afternoon workshops with artists sharing songs and stories, and shuttle buses to and from Galway.

In line with Government guidelines for this event’s capacity percentage, all patrons will be required to show their Digital Covid Certificate in order to attend.

Other Hibernacle events include Meet Me In The Garden – a series of collaborative shows at The Chestnut in Birr, Co. Offaly – and All Boats Rise – A month-long voyage by barge along the inland waterways of Ireland with folk duo Ye Vagabonds.

Úna Molloy is a booking agent, programmer and producer. She runs the music agency Turning Pirate and works with artists such as Lisa Hannigan, Ye Vagabonds, Booka Brass, Paul Noonan (Bell X1), Luka Bloom and Wallis Bird. She is also the woman behind the iconic Turning Pirate Mixtape which has taken place at Vicar St. in  Dublin since 2003, and the music programmer for Lost Lane. Úna received the IMRO Award for Outstanding Contribution to Live Music in 2015.

Peter Kelly is a Drummer, Producer, DJ and Event Promoter from Birr. He began studying a music degree and touring internationally in 2012. Peter has played on numerous tours and festivals, and worked with a diverse range of artists, most recently Æ MAK and All the Luck in the World. Along with this, Peter developed Camcor Calling, a response to a lack of music events in the Irish Midlands in 2016. Camcor Calling have been heavily involved in programming shows in The Chestnut and alongside Birr Vintage Arts Festival. Camcor Calling events have helped breathe new energy into the locality.