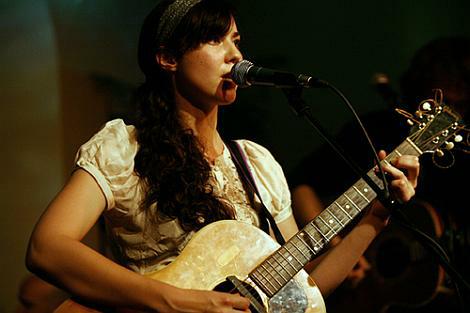 I’ve just been listening to Una and Phil talking about Lisa Hannigan’s new album on Phantom. Both of them were pretty much in agreement that Lisa Hannigan doesn’t exactly fit in to the current Irish music zeitgeist of forward thinking, eclectic music.

It’s been proven on this blog time and time again just how vital Irish music is becoming so it certainly feels weird to be talking about the more traditional acts from the last wave of a Irish music of 2000 – 2005 aka The Damien Rice/BellX1 years. I’ve no specific problem with these artists and those associated with them per se, It just doesn’t feel like my music.

Having said that, I am very impressed with Hannigan’s new album Sea Saw, it’s a collection of assured and confident acoustic folk songs from a singer and song-writer with a considerable craft. She is joined by a bunch of clearly talented musicians. It just so happens to be the kind of album you could play for your parents. One surprising thing about the timbre of her voice is that through the course of the album she possesses a chameleon-like trait to sound like other singers from time to time including Beth Gibbons (see ‘I Keep It All’ ) and Feist, which is a complement to Hannigan, I guess. A lovely lilting album.

Lisa Hannigan – I Keep It All