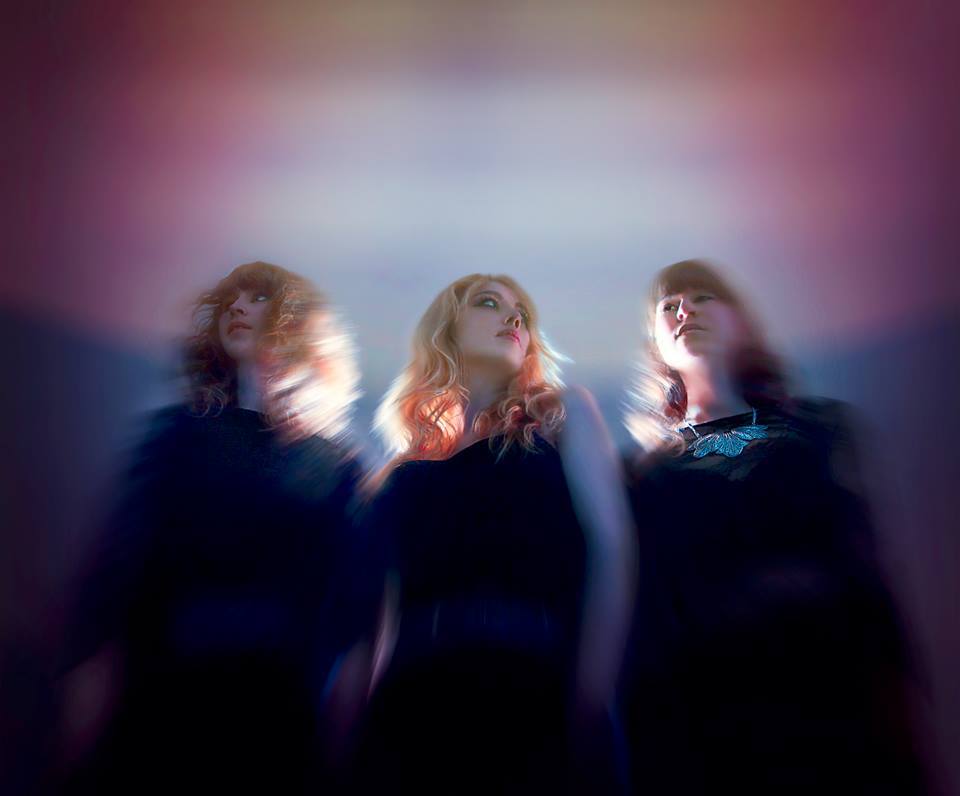 The music of Everything Shook, the three-piece of Robyn Bromfield, Jessica Kennedy and Áine Stapleton exists in an alternative electronic space that addresses societal situations with theatricality and strength.

The voices of the trio work together in way that operates with an unease that leans towards lo-fi avant garde. ‘Come Back To Mine’ is a song about the double standard a sexually liberated society has on women who are judged on harsher grounds for their behaviour than men.

In the song, that theatrical bent means a seduction ends up at boiling point, quite literally say the band:

‘I’ll cook ye, I’ll boil ye, I’ll bake ye’ are about bringing someone home, accidently leaving the storage heater on overnight in a drunken stupor and literally cooking them.

‘Thought I was on some new spiritual path, but it turns out that I’m just a slut,’ goes the song’s opening line and on the remix, Diamond Dagger (recently releasing under his own name on ESP Institute) takes the song into a different song space.

Diamond Dagger on his remix:

“To me, the band vocally has a Tom Tom Club / CBGB vibe, and I wanted to keep that vintage tone but with an up-tempo baseline and Bernie Worrell style galactic arps.”

The song is on Bandcamp.

Watch Meltybrains? perform live in extreme close up in Connollys Of Leap