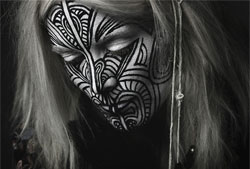 NPR have a stream of the Fever Ray live album Live at Lulea which was recorded in Sweden, which appears in the US 3-disc reissue of the album. Also featured are a DVD of all the music videos and two covers songs: Vashti Bunyan’s ‘Here Before’ and Nick Cave and Anita Lane’s ‘Stranger Than Kindness.’ WANT.

The live album sounds sumptuous and is available digitally from today or you can get the 2 disc version from Amazon or her site.

Listen to Live at Lulea via NPR.

Also got this cool remix of ‘Keep The Streets Empty for Me’ from Michael last week. It’s by Majiker who produced Camille and Jenny Wilson. It’s got awesome throat singing sounds.

MP3: Keep The Streets Empty for Me (Majiker remix)

Stranger Than Kindness from Fever Ray on Vimeo.