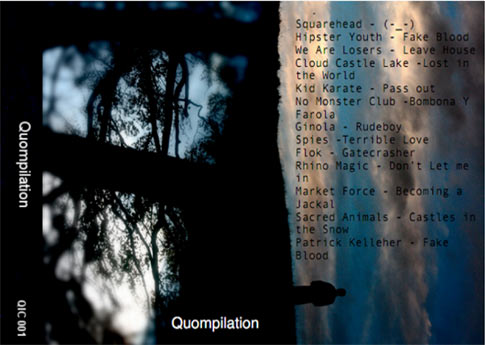 Video: We Are Trees – ‘Sunrise Sunset’

We heard the highly bloggable cover of Adebisi Shank by Squarehead last week, as well the equally bloggable Sacred Animals covering Twin Shadow. Both of those tracks were off Quompilation #1, Quarter Inch Collective’s compilation of 13 Irish artists covering their favourite songs of 2010 and they’ve now hooked me up with an album stream. So who’s covering who?

Quompilation will be launched with a gig in The Lower Deck, Portobello on the 27th of January with seven of the above bands playing live on the night, including No Monster Club, Cloud Castle Lake and Squarehead. Entry is €10 and you’ll get a free cassette (with a free download) of the compilation on the door. After that it will be available on Quarter Inch for €5 via Bandcamp or if you want the cassette, through the web shop.