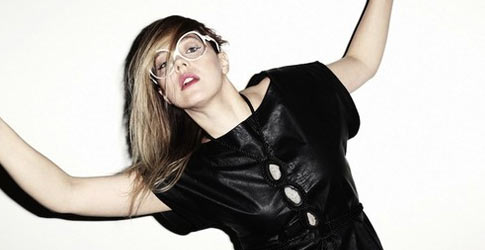 As much as I like MNDR, I can’t escape the feeling that her productions (by Peter Wade) don’t showcase her talents as well as they could. Amanda Warner is a interesting and energetic performer and sometimes, the arrangements just don’t match up. Newly released Green Label Sound free download ‘Cut Me Out’ is an example. MNDR sounds weak in the mix and the production doesn’t inspire much love.

Maybe it’s an expectation thing. MNDR’s early songs were demos so a certain not-quite-ready sound was forgiveable. After her guest vocals on Mark Ronson’s ‘Bang Bang Bang’ where she managed not to let a big character like Q-Tip overpower her, perhaps I was being too optimistic. I hope my initial instincts about her prove to be right. I want this girl to be a pop star.

‘I Go Away’ remains her best tune for now.