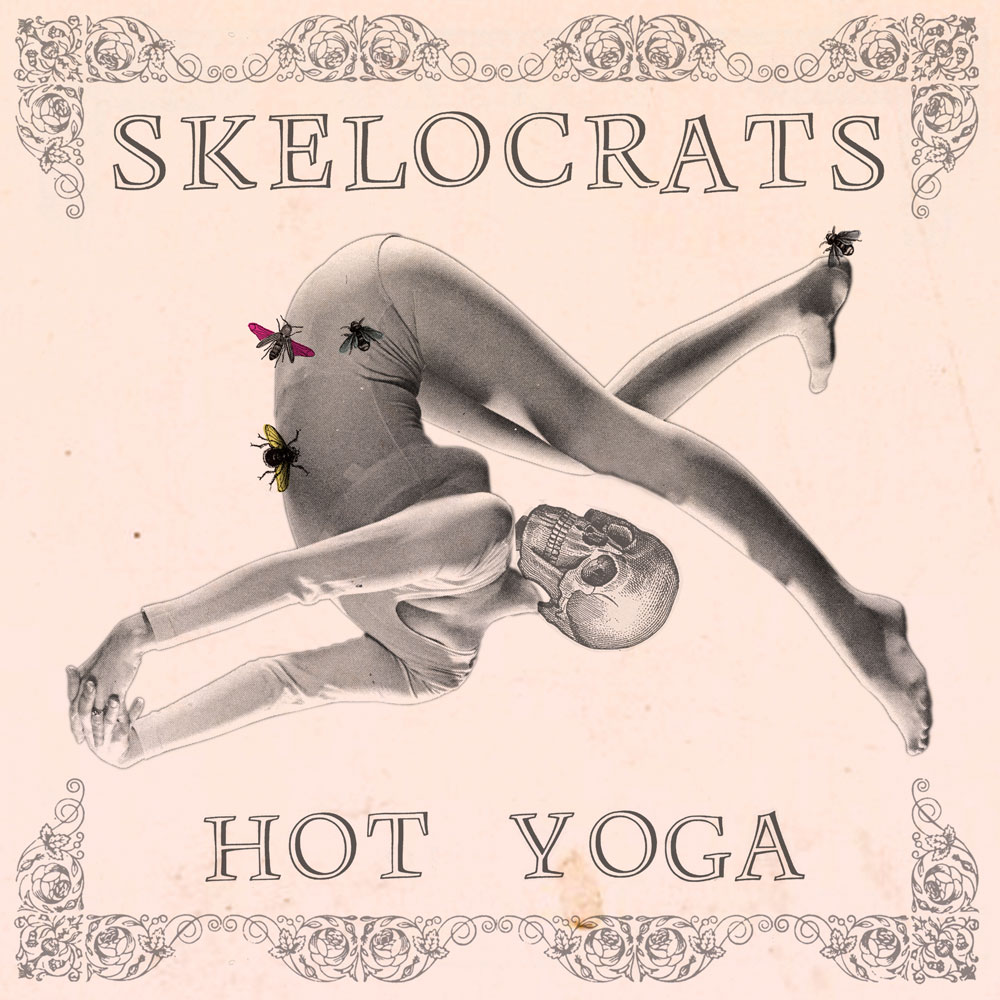 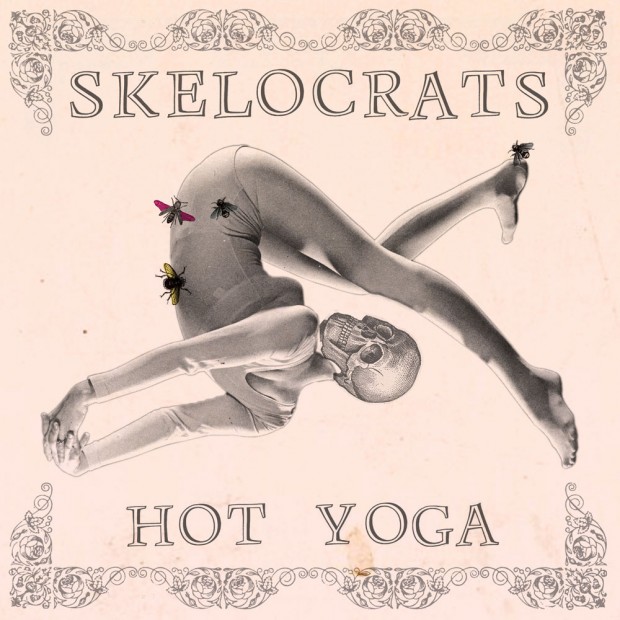 Earlier this year, A supergroup of Dublin-based Popical-related musicians  calling themselves Skelocrats impressed many with their debut Whip Crack Away EP. Today, Land Lovers’ Padraig Cooney, Grand Pocket Orchestra’s Bronwyn Murphy-White and Paddy Hanna, Groom’s Michael Stevens are adding the Hot Yoga EP to their 2012 discography. The two EPs make up the physical release The Complete Skelocrats which is released today on Bandcamp.

The Hot Yoga EP clocks in at a sweaty steamy 20 minutes over 8 muscle-flexing songs of bright and bashful guitar-lead indie-rock music with harmonies aplenty and a multitude of voices providing them. As with the previous EP, the main vocal is handled by a different member which varies from the sweet (Bronwyn Murphy-White on ‘Insant Mummification’) to the spooky (Paddy Hanna on ‘Beat Your Buddies’).

You might have already seen Bobby Aherne’s music video for ‘Baby Reappraisal’ chronicling how the band got together today. That track is an immediate highlight but hroughout the EP, there’s a vim, a jauntiness, and a jangliness coloured with organ and fuzz pedals. This EP zips along.

The album is available to buy in indie record shops like Dublin’s Elastic Witch, Cork’s Plugd and Galway’s Wingnut Records.