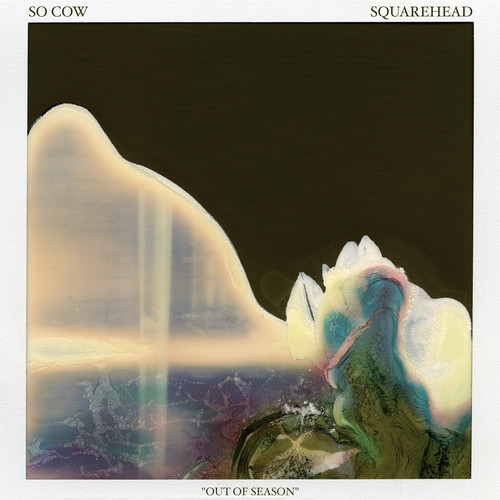 Squarehead and So Cow’s split LP has already spawned a one-minute music video and a cool camera video session and here, you can listen to Out Of Season which sees the two Irish bands contribute five new tracks each to the 30 minute record. For So Cow, it’s the first batch of songs written not just by Brian Kelly but the band ahead of the album coming up which was recorded with Deerhoof’s Greg Saunier.

Squarehead, for their part, go harder than they’ve gone ever before, their five songs bite with more distortion, energy and more raucous vocals. A fun stopgap record.

Out Of Season is released on Inflated Records this week with physical copies available next week in Elastic Witch and Tower Records.

Listen to Plunderphonics: A Tribute to Big Monster Love by Popical Island bands