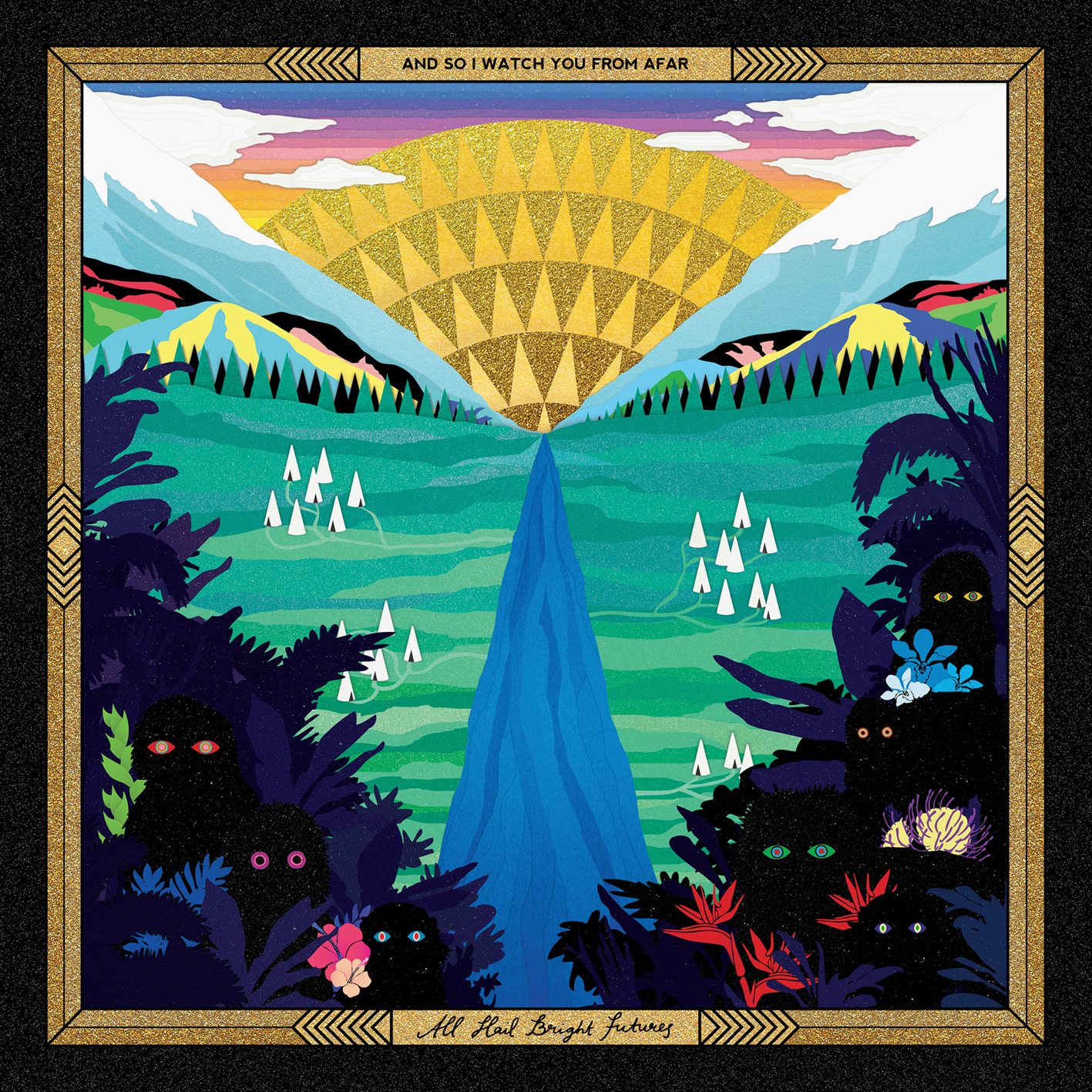 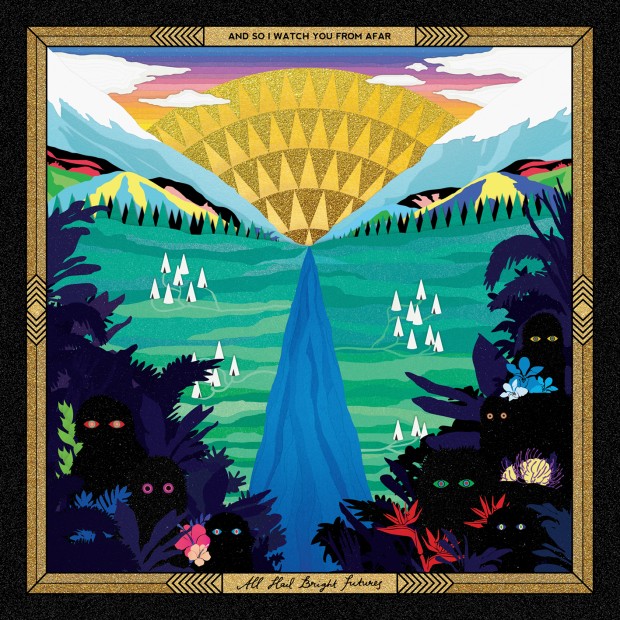 I actually wrote the press blurb for All Hail Bright Futures, And So I Watch You From Afar’s third album, late last year and I basically said all I wanted to say about it in that form. So weird as it feels, here I am ripping off my own work in a weird way. Suffice to say, the album is mega…

All Hail Bright Futures could be taken as both an ethos for the album and the band at this point in time. There is a new color scheme in place: new textures, emotions, sounds and voices. The 12-track, 43 minute album is dominated by a sunnier disposition, a positive uplift that more closely matches the euphoria the Northern Ireland trio has been instilling in audiences through their music in a live setting for the last five years.

There are moments of tropical guitar pop (“Rats On Rock”), percussive bleeping song foundations paired with infectious vocals (“The Stay Golden Part 1”), a trumpet arrangement (“Young Brave Minds”), an orchestral interlude (“Trails”), singalong mantras (“Big Things Do Remarkable”), harmonic hooks (“Like A Mouse”), a flute melody (“Mend And Make Safe”) along with cutup vocals and handclaps (“Ka Ba Ta Bo Da Ka”). All of these new additions to the ASIWYFA sound are underpinned by their trademark guitar riffs that bliss the musical brain, complemented by the colossal and increasingly expressive rhythm section that comforts as much as it bludgeons.

All Hail Bright Futures is ASIWYFA’s first recording done as a three-piece following the departure of Tony Wright. Niall Kennedy has since joined the band full-time. It is their boldest statement yet, an album bursting with a positive vigour, that states a renewed case for a magnetising band at their best.

All Hail Bright Futures is out now on Sargent House.

Album of the week: Daughter – If You Leave