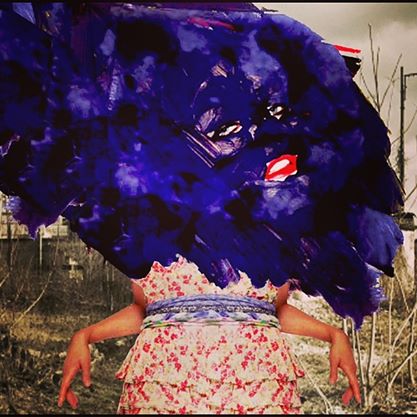 I Heart The Monster Hero have been playing around Dublin for the last three years, starting with Andy Walsh’s one-man lo-fi indie synth fuzz project before extending to a band of bodies which expanded to include more psychedelic washed textures and a fuller band sound, always with a hint of pop music on the fringes.

Now a five-piece, Andy Walsh, Simon Dowling, Philip Clarke, David Crean and Paddy Walsh have concocted an album that encapsulates all of those disparate sounds into one rollicking Casio, guitar and drum-fuelled whole. Their aptly titled debut album Rhythm & Pals has all of those facets intact, from the opening bouncy pop single ‘Toni Bailey’, the bright indie-thump of ‘Little Gem’, the discordant garage-punk of ‘Bozo vs. Slug’, the hyper-synth via ambient intro of ‘Do Dah’.

It’s not all united in sound but that’s a big part of the appeal of I Heart The Monster Hero, the enthusiasm spilling out over the sides of the song leaving a frantic lo-fi pop-soaked mark on the Irish indie scene.