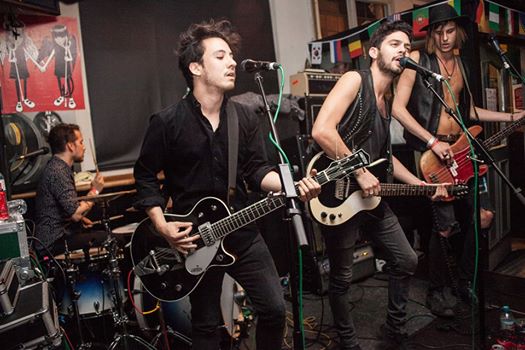 Camden Crawl took place once more in London a few weeks ago for the 19th edition after a year off and having debuted in Dublin for the first time in 2012 and returning in 2013 in the city.

CC14 returned to London once more and featured a lineup that included Alexis Taylor, Cymbals, Pins, Of Montreal, Atari Teenage Riot and Shabazz Palaces amongst others. News has reached that the festival has gone into voluntary liquidation after this year’s edition, which suffered from low ticket sales. A statement published on the now-suspended CC website read:

“As it stands, the total debts substantially exceed the value of the assets of the company. Because of this completely unanticipated situation and after nearly 10 years of successfully promoting the Camden Crawl festival, it is with great regret and sadness that there has been no other option than to convene meetings for the purpose of placing the company into creditors’ voluntary liquidation. Once the company is in liquidation and a liquidator is appointed, the liquidator will realise all assets, try and agree all creditor claims and if possible make a distribution (paying a portion of the debts due to all creditors).”

Some bands including Mazes and Johnny Foreigner who played the festival have taken to social media to say that they hadn’t been paid. I hope they get sorted but as liquidation has been put into effect, it’s not likely.

In the end, Camden Crawl was probably a casualty of the ever-changing festival landscape. I often think that most festivals have a 10 year life span before a generation moves on and is replaced by one which is looking for other things. Camden Crawl lasted 19 years in London and tried to launch in the Dublin market in 2013, it felt like a festival trying to find its new M.O. in recent years and that is now, no longer able to continue.