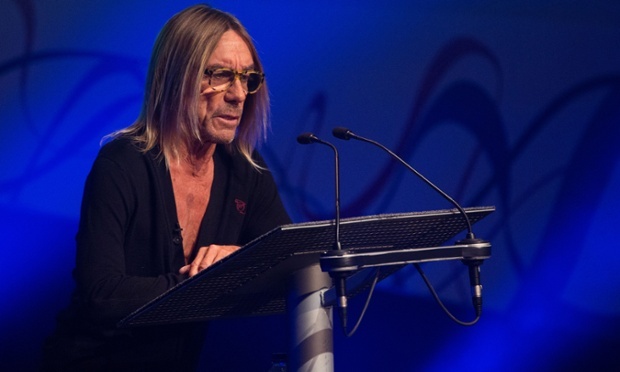 Glass Animals will be back to Dublin in March

If you’ve a spare hour and you’ve not listened to it yet, I would suggest spending the next 60 minutes listening to Iggy Pop give his recent BBC Music John Peel Lecture.

The old punk and BBC 6 music presenter’s speech from the UK Radio Festival is entitled Free Music in a Capitalist Society, takes in talk about record labels, selling out and much more.

This is the fourth year of the John Peel lecture, named in commemoration of the late-great radio DJ John Peel who passed away 10 years ago this week.

“I only ever wanted the money because it was symbolic of love and the best thing I ever did was to make a lifetime commitment to continue playing music no matter what, which is what I resolved to do at the age of 18.”

“There are just so many ways to screw an artist that it’s unbelievable. In the old vinyl days they would deduct 10% “breakage fees” for records supposedly broken in shipping, whether that happened or not, and now they have unattributed digital revenue, whatever the fuck that means. It means money for some guy’s triple bypass.”

“If I wanna make music, at this point in my life I’d rather do what I want, and do it for free, which I do, or cheap, if I can afford to. I can. And fund through alternative means, like a film budget, or a fashion website, both of which I’ve done. Those seem to be turning out better for me than the official rock n roll company albums I struggle through. Sorry. If I wanna make money, well how about selling car insurance? At least I’m honest. It’s an ad and that’s all it is.”

Glass Animals will be back to Dublin in March