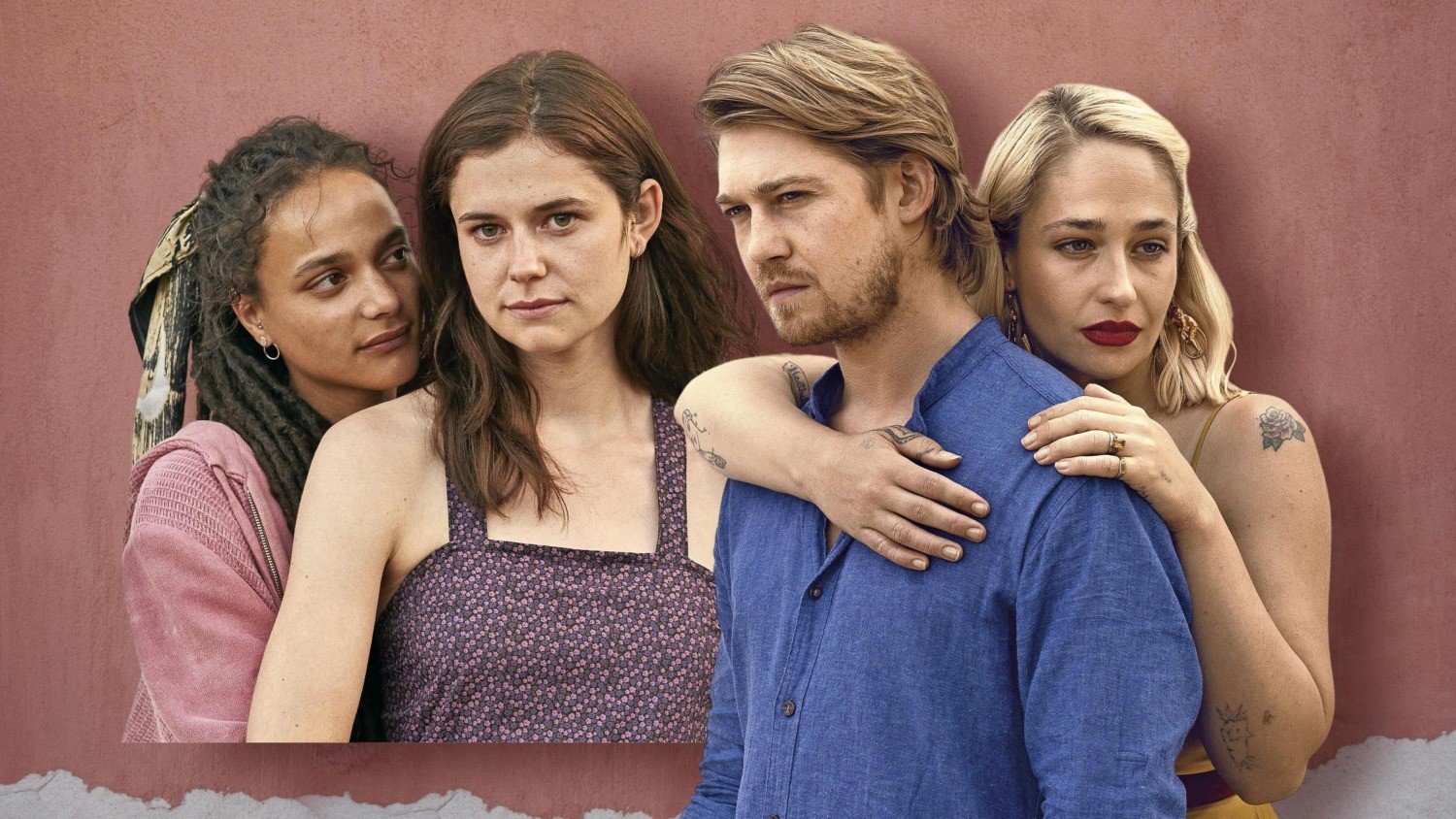 Conversations With Friends is the second Sally Rooney novel to make it to TV screens after the phenomenal success of 2020’s Normal People which made a star out of Paul Mescal and shone a light on GAA shorts and gold chains for the culture.

The show also shone a bright light on Irish musical artists, and the new show is no different.

Produced by Element Pictures, and airing on BBC in the UK, Hulu in the US and RTE in Ireland from tonight, Conversations with Friends is the 12-part series adaptation of the Sally Rooney book that explores the personal and romantic dynamics of student Frances (Alison Oliver), best friend and former girlfriend Bobbi (Sasha Lane) and married couple (Jemima Kirke and Joe Alwyn).

Director Lenny Abrahamson and co-writer Alice Birch are back on board, and there are is an acting appearance also for Irish singer Loah, who also performs a song ‘Song To The Siren’ on screen.

The show is available to watch on RTÉ One and RTÉ Player on Wednesday 18 May at 9.35pm tonight. Check out the playlist and trailer.

RTÉ will air the series over six weeks, with two episodes each Wednesday night, from 18 May on RTÉ One and RTÉ Player.

The 12 part drama commissioned by BBC in partnership with Hulu was made in association with RTÉ and was co-financed by Northern Ireland Screen.