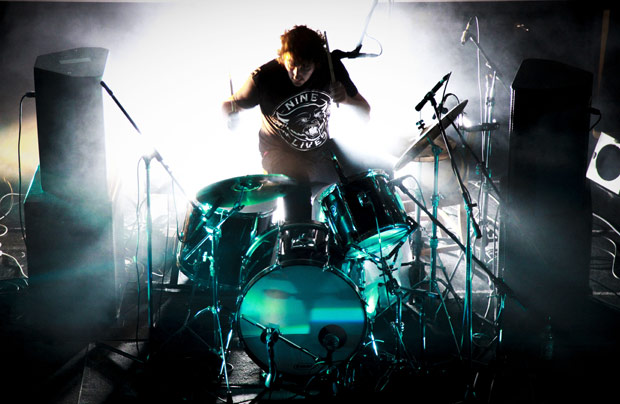 Jeremy Hickey’s music has always been difficult to describe, let alone categorise. But where others’ indefinable music can be a wash of styles without substance, the discography of R.S.A.G. has always been brimming with musical inventiveness and purpose. With Hickey being primarily a drummer both on record and live, a lot of the appeal comes from his gift for creating a wide array of unique rhythms. It’s on that constant foundation that Hickey has been experimenting with and over with other instruments in the last five or six years.

The Rotate EP collates the three previously released tracks the moody ‘Broken State’, the motorik ‘Faltered’ and the machine-like ‘This Winding Sheet’ with three new ones. ‘Open’ is an expansive starry instrumental first track which introduces a great heady bassline and vocal whispers, ‘You Want More’ unfurls with atmospheric strings/synthesizers overhead while hushed vocals singing “I’ve told you all my secrets but you want more”, while the closing title track ‘Rotate’ has a creepy synth crawl to its rhythm.

Rotate is R.S.A.G.’s most hypnotic collection of songs yet. Ahead of tonight’s launch with support from Sunken Foal and Carried By Waves in Twisted Pepper, you can buy and listen to the EP from Bandcamp. There’s also a Sunken Foal remix of ‘You Want More below.