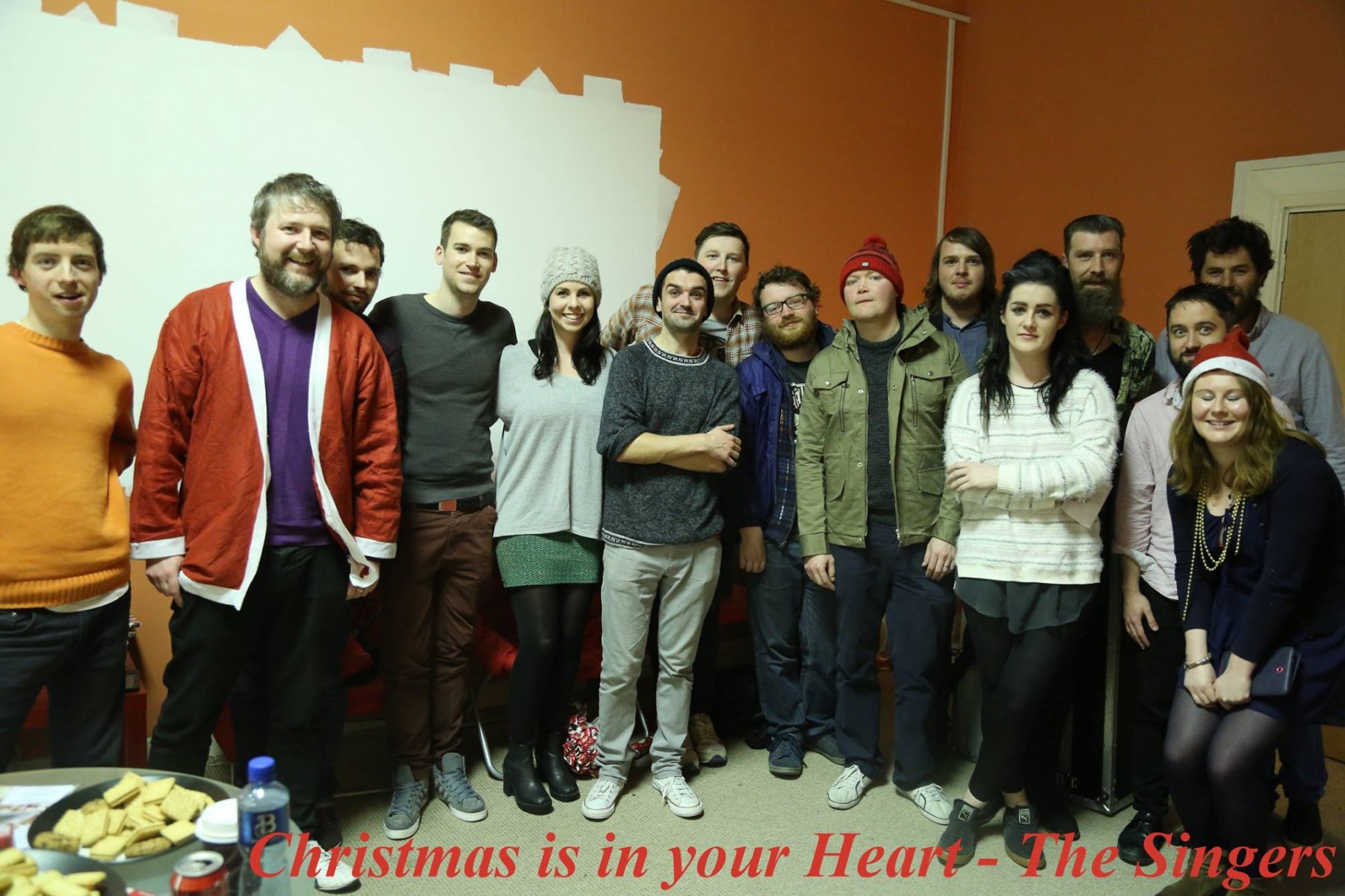 
Christmas Hearts is a charity single project piloted by Niall Jackson, guitarist and vocalist with Bouts and Swimmers. It came about from What Is Home, a campaign from Niall and two other DCU masters students Anne Reid and Cara Kavanagh to highlight the dire homeless situation on our streets.

Jackson wrote a song called ‘Christmas Is In Your Heart’ and asked some friends on the Irish music scene to join him on it, including Conor O’Brien of Villagers (vocals, lead guitar) May Kay of Fight Like Apes (vocals) Niall Jackson from Bouts/Swimmers (vocals, acoustic guitar, electric guitar) Jim McNulty of Spring Break (keys and bells) Shane Murphy from Land Lovers (saxaphone), Enda Canavan of Paddy Hanna band (drums) and Brian Kelly from So Cow (bass).

Support the song and buy the single from Bandcamp

The Irish indie supergroup recorded the song, which is released today. 100% of all sales will go to Peter McVerry Trust. The song is out on itunes, Rdio, Bandcamp and CD on December 5th, tomorrow.

There will be a performance of the song at the Young Hearts Run Free’ Yule gig on Saturday in Dublin 8 and the single gets its own launch next Thursday December 11th in Whelan’s. Tickets are €10 and all proceeds go to Peter McVerry too.