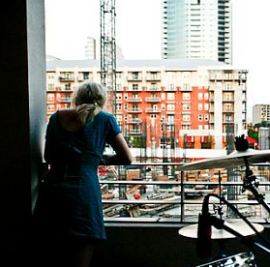 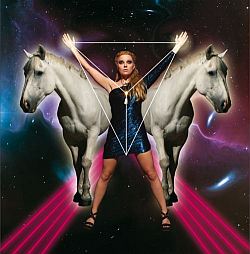 Little Boots’ debut album Hands will make a lot of bloggers and media happy. After throwing some collective weight behind Ms. Hesketh after a couple of cool Youtube covers, her use of a Tenori-on, some limited knowledge of her previous band and one fantastic single (‘Stuck on Repeat’), it could have all petered out. Instead, Little Boots has slowly crept into the public consciousness. I was at a show of hers at SXSW in March. She had the crowd in the palm of her hand. Later that night she played Perez Hilton’s party and hung out with Kanye.

On the evidence of Hands, she should now go stellar. It’s a masterful electro-pop record – nothing too serious about it, just pure pop not squarely aimed at teenage girls. A couple of overtly cheesy Europop melodies are scattered about but mostly the tunes are great – the first half contains five of the best pop songs on any album so far this year (‘New In Town’, ‘Earthquake’, ‘Stuck on Repeat’ – edited down and reworked, ‘Click’ and ‘Meddle’) and the second half isn’t far behind including a duet with Phil Oakley of The Human League (‘Symmetry’). Best pop album of the year. Hands down.

The video for her new single ‘New in Town’ and an album preview video megamix is after the jump.