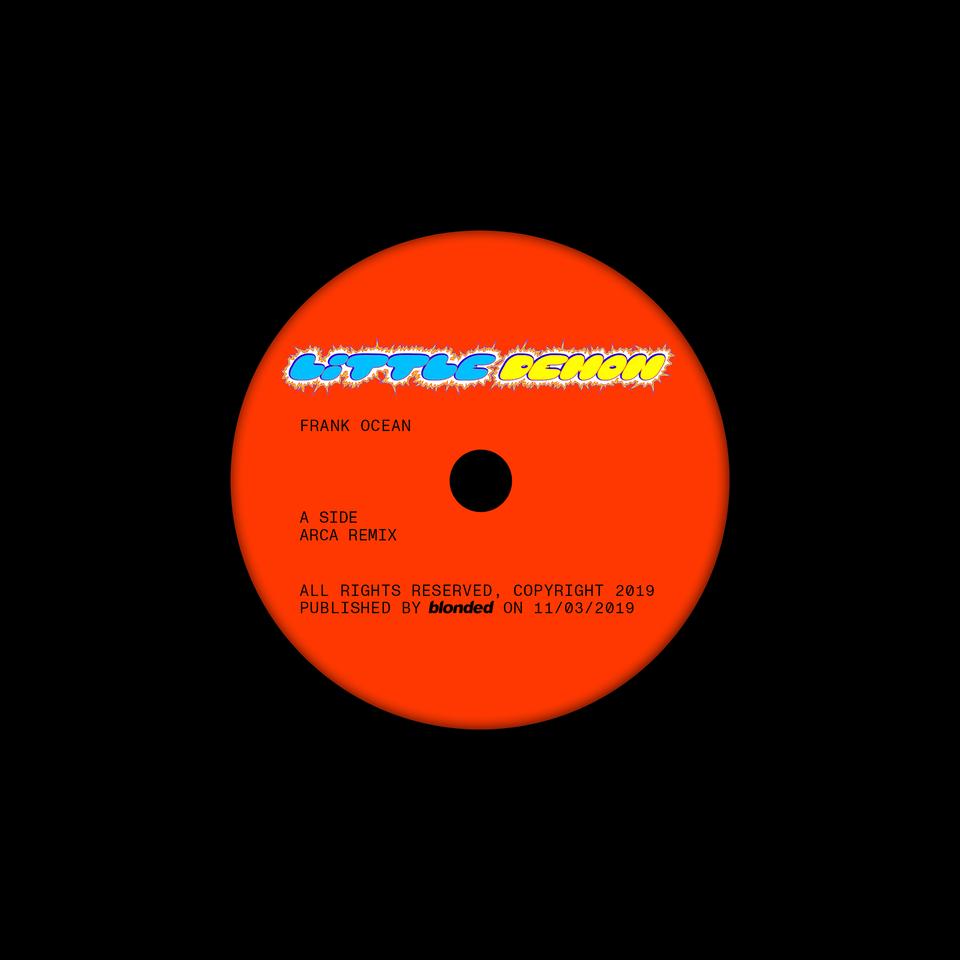 Recorded during the last Blonded broadcast (check out the Spotify playlist here) at the end of last week, this new preview of ‘Little Demon’ is probably the best new material we’ve heard from Frank in his current run.

This is an Arca remix of the track, which is captured live so forgive some of the sound quality.

‘Little Demon’, even played as a preview, feels like the most complete song we’ve heard from Frank ahead of whatever new project he’s working on. The Skepta verse sounds incredible, I’m genuinely excited to hear the full thing.

The track won’t be released officially for what looks like a while, but you can purchase a 7″ vinyl through Frank’s website here.