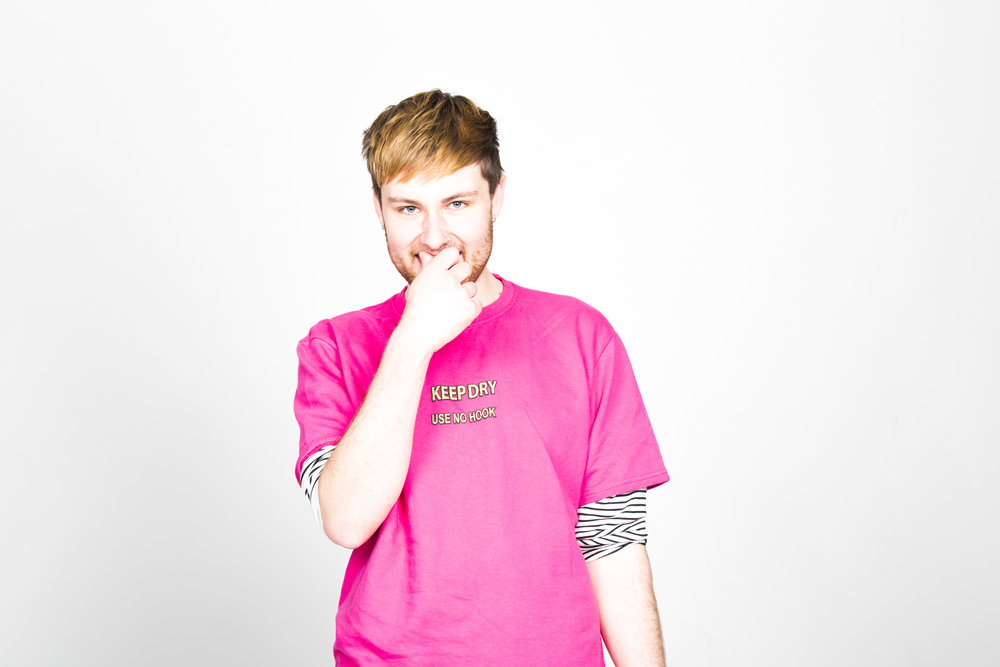 Dublin collective Burner Records have had a more than impressive year. With an excellent release from rapper Fynch and countless productions from Marcus Woods rearing their head in 2019, Burner has been an excellent example of the DIY work ethic that props up any growing scene.

Things have been a little quieter this year from Burner Records’ resident slacker popster, Local Boy. His 2018 self-titled EP built a jangly, easy-going persona for the Dublin artist – a sound which ultimately won itself a slot on the coveted Bedroom Pop Spotify playlist in the last couple of months. Striking whilst the iron is hot, Local Boy is back with a new single and video which we’re pleased to be premiering today.

‘Bright Days’ is the first single from Local Boy’s upcoming second EP Local Boy Ruins Everything. The ice-cream themed music video and summery guitars may seem a world away from current Irish winter but a wistful song recalling better times, it’s surprisingly apt. Produced and mixed entirely by Local Boy himself, ‘Bright Days’ channels the hazy guitar pop of Gus Dapperton and his bedroom pop brethren into a more melodically accessible and personable sound. Packaged in with a charmingly goofy music video and irrepressibly catchy riffs and Local Boy is onto a winner with ‘Bright Days’.

“Lyrically it’s about working a boring job but wanting to be outside having fun” says Local Boy. “The video is about eating a magic ice cream with hallucinogenic properties which transports my spirit into the body of a large anthropomorphic ice cream!”. The video, directed by Hannah Bloom, is as silly as it sounds but lends a sweetness to the single that keeps you hooked.

Local Boy Ruins Everything is due for release on December 13.