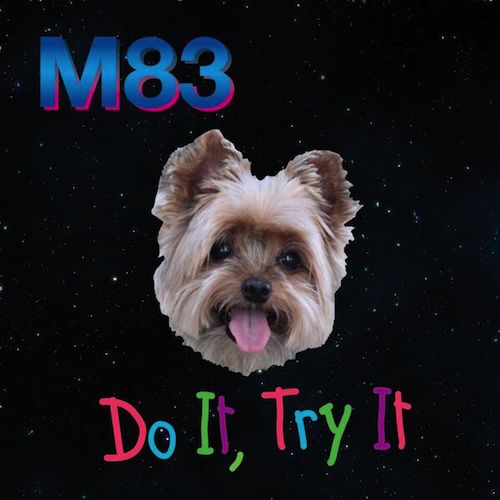 
The music of Anthony Gonzalez, M83, over his discography has transformed from ambient electronic pop to the kind of large-scale electronic compositions that work well juxtaposed with Hollywood blockbusters. Sitting in between, was an 80s-inspired synth electronic pop that brought the former to the latter.

Nostalgic grandiosity has always been key to M83’s music.

On Junk, the new forthcoming album (April 8th), arriving five years after Hurry Up, We’re Dreaming and that album’s apex – ‘Midnight City’, Gonzalez says he’s returned to the influences of his early career – Tangerine Dream, Kevin Shields, Aphex Twin and Brian Wilson, yet has tried to expand his sound again.

That epic quality is still evident on the album’s first single, after all Gonzalez excels at it. ‘Do It, Try It’ has its backbone in synth and electronic pop and pushes into ’80s French pop, ’80s prog and as the chorus suggests – “A dance on repeat / A trance of a heartbeat”, a kinship with dance music’s more euphoric elements.

“Listen to a sound of a new tomorrow,” the song’s introduction goes. When it comes to M83, the sound of tomorrow, is always primarily the past, and it works.

Gonzalez on the album title – Junk

“Anything we create today is going to end up being space junk at one point anyway, and I find it really fascinating and scary at the same time – beautiful too in a way. I have this image of pieces of humanity floating in space, lost forever. It also means that nowadays everything goes so fast and everybody is kind of throwing away art in a certain manner.