Bat for Lashes – What’s a Girl to do? video 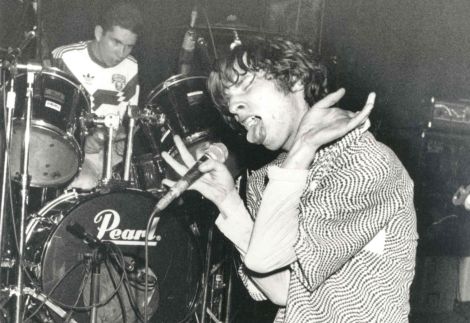 Playing the Main Stage at Mantua on Saturday (8.15pm), the band with the second best Irish song of all time (as voted for by listeners to the Ian Dempsey show on Today FM in 2004. No doubt, number 1 was U2) reformed in 2005 for some gigs and they didn’t break up and so have a number of gigs lined up over the year (including a soldout show with Carter USM in London!).

The gig will be a nostalgia-fest I’m sure so to honour the accolade bestowed on them by Ian Dempsey and co, I present to you the second best Irish song of all time “Where’s me Jumper”…. plus a song about Jesus in a trackie. Both are from their first album Casual Sex in the Cineplex from 1993.

The Sultans of Ping on MySpace

The Sultans of Ping FC – Where’s me Jumper?

The Sultans of Ping FC – Back in a Tracksuit

Buy Sultans of Ping on iTunes

The Sultans of Ping on the Beatbox with…… IAN DEMPSEY! (1994)
[youtube]http://www.youtube.com/watch?v=YsmzCKNtYg0[/youtube]

Bat for Lashes – What’s a Girl to do? video