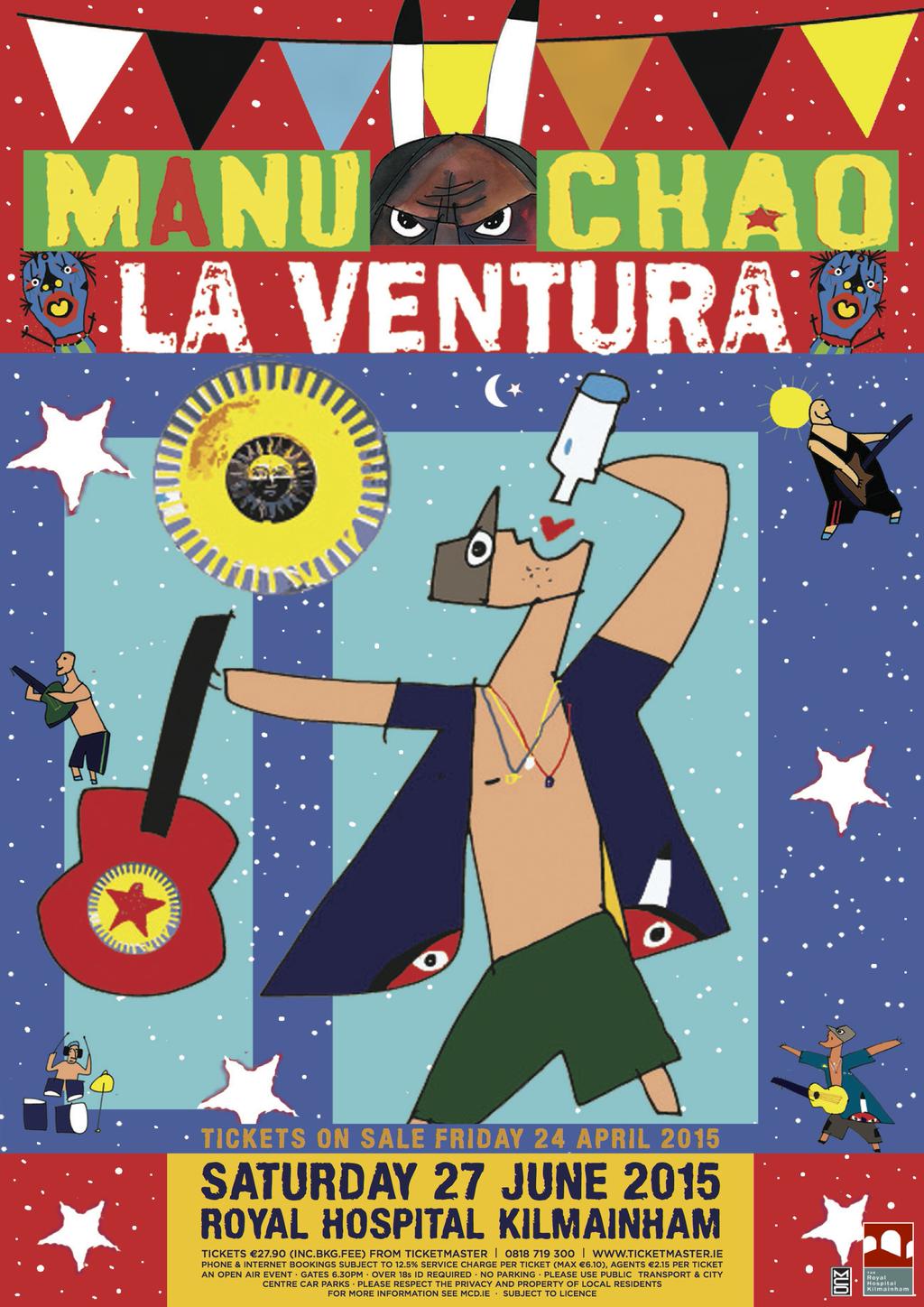 For many, the music of Manu Chao is a rite of passage. It was one of the things you discovered in college or travelling around the world. He has produced Amadou & Mariam and a slew of solo albums as well as being one of the most influential European Latin artists of the last 20 years.

He’s been relatively quiet since he last played here in 2007 and this summer he’s back for a show in the Royal Hospital Kilmainham on Saturday June 27th.

Tickets are €27.90+fees on sale next Friday at 9am from Ticketmaster.

HOWEVER, I have a pair of tickets to giveaway before that so you can see the King of the Bongo guaranteed. Enter.