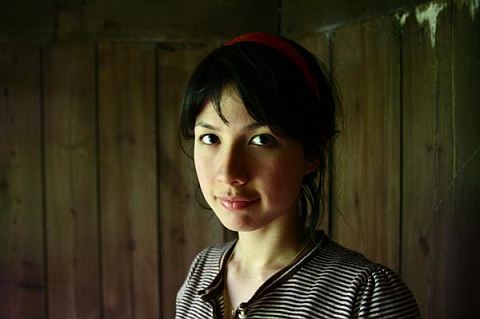 Emmy the Great – chosen by our English MAP blog – The Daily Growl.

A monthly feature where music bloggers across the world share a track from their home country that they think you should hear.

This month we welcome Romania and say goodbye to Denmark. 21 blogs contributed. Thanks again to Jason for organising all this. MAP was picked up in an Argentinean newspaper last week. There is some brilliant stuff here this month even more so than last month so get listening.

AMERICA – I Guess I’m Floating
Blind Man’s Colour – Jimmy Dove
Blind Man’s Colour came on our radar in late ‘08 with three excellent Animal Collective covers. With their debut album, Season Dreaming, coming out sometime in early ‘09 and Jimmy Dove as their first explosive single, they’ve got a good chance of becoming my favorite find of 2009 less than one month in. They’ve also got a free EP called Rainbow Faces which you can download from the band’s blog . Jimmy Dove is a MAP exclusive mp3.

ARGENTINA – Zonaindie
Bicicletas – 11 y 20
We started the year listening non-stop to this brand new song by Bicicletas, a superb space-rock band that has been shaking the independent scene of Buenos Aires for some years now. 11 y 20 will be included in their forthcoming album Quema, which is released in March by Bingo! Records.

AUSTRALIA – Who The Bloody Hell Are They?
The Middle East – Blood
I feel like Arcade Fire comparisons have been overused in music reviews over the past whenever, so I’m going to do my best to not compare The Middle East to Montreal’s finest. It’s tough though, because this Townsville, Queensland collective do fit the criteria, at least initially – a large collection of musicians (at least six, possibly seven) who create dramatic and climactic folk-ish anthems.

BRAZIL – Meio Desligado
Guizado – Rinkisha
Created by Guilherme Mendonça, Guizado presents instrumental songs ranging from jazz, alternative rock and experimental electronica, always sounding avant-garde. Their first album, Punx, was acclaimed by critics (including the Brazilian Rolling Stone) as one of the best albums in 2008. As well as Mendonça, who is a well-known trumpeter in São Paulo’s underground music scene, Guizado is formed by Curumin, Ryan Batista and Régias Damasceno, musicians involved with some of the most creative artists of the Brazilian alternative scene. Rinkisha, a deep and melancholic song, sounds like John Frusciante playing with Tortoise.

CANADA – I(Heart)Music
Parachute Penguin – Your Crimes
Yes, their name is horrible. And yes, this song borrows rather liberally from The Killers. But despite both of those things, if Parachute Penguin’s forthcoming EP, due out in late February, is anywhere near as good as this (or any of the other tracks on the outstanding EP the band released back in the spring), then it won’t be long until the band is playing arenas around the world. Hopefully they’ll stay away from those feathered jackets, though.

CHILE – Super 45
Como Asesinar A Felipes – En Busca De Un Nuevo Sueño
Como Asesinar A Felipes (How To Kill Felipes) is the best way to understand what’s going on in Chilean hip hop music – cross-referenced music styles with deep and shocking lyrics. Former jazz musicians joined MC Koala Contreras and DJ Spacio to create an outstanding jazz-rap combo. Their self-titled album, released last year, has been described as the best Chilean album of the year by even mainstream media. And there is no doubt about it, no other band can take our minds, ears and bodies like Como Asesinar A Felipes have.

ENGLAND – The Daily Growl
Emmy The Great – We Almost Had A Baby
Although the wait for Emmy The Great’s debut album has been long enough to make it seem like an indie-folk-pop Chinese Democracy, the good news is that First Love is finally coming out on February 2. This track is the first single from the album, released at the end of last year.

GERMANY – Blogpartei
The Notwist – Good Lies
The Notwist is probably better known abroad than in Germany. They come from the Bavarian city of Weilheim, where other famous bands – partly with the same members – have their base, e.g. Console, Lali Puna and 13 & God. The Notwist sound is built on the characteristic voice of Markus Acher and the discreet electronic background constructed by Martin Gretschmann.

IRELAND – Nialler9
Gran Casino – One Chance
An intriguing upbeat rabble-rousing orchestral racket from a 13-piece Dublin band who have the horn for brass and blustery rock epics. Their debut Sun Music EP sounds like Arcade Fire jamming with Herbie Hancock.

NEW ZEALAND – Counting The Beat
Princess Chelsea – Monkey Eats Bananas
Every May in New Zealand is NZ Music Month. Album sales and radio airplay figures of Kiwi artists soar and there is a celebration of local musical talent. For the past two years NZ music magazine Real Groove has issued a CD in May titled The Sound of Young New Zealand. One of the standout tracks of the 2008 edition was Monkey Eats Bananas, a song so infectious I’ve driven members of my household mad with repeated plays, eventually awarding it Song of the Year in Counting The Beat. It’s silly but incredibly compelling. Xylophone, electric piano, a nonsense lyric that doesn’t kick in until two-thirds of the way through the song, all atop a great rolling bass line. Princess Chelsea is about to release her debut album and Monkey Eats Bananas will be the first single.

NORWAY – Eardrums
I Was A King – Weighing Anchor
I Was A King is one of the Norwegian bands I expect will do very well in 2009. Frontman Frode Stromstad has a unique gift of creating addictive melodies with distinctive roots to the 60s. Distorted through the sound of the 90s indie scene, the result is I Was A King. On their self-titled second album, which received a maximum score in Norway’s largest newspaper, the trio is helped by artists such as Emil Nikolaisen (Serena Maneesh), Sufjan Stevens, Daniel Smith (Danielson) and Gary Olson (The Ladybug Transistor).

PERU – SoTB
Turbopotamos – Terrorize You/Disco Flor
After a few demos had been circulated, the rumour was that a cool new sound had awoken the sleepy local scene. With the appearance of No Love, the second album from Turbopotamos in 2007, the rumour proved to be true. With their refreshing compositions, Turbopotamos have been plotting a path that took them on to the same bill as REM and Travis in Lima last November.

PORTUGAL – Posso Ouvir Um Disco?
The Weatherman – Chloe’s Hair
The Weatherman is Alexandre Monteiro, a resident of Oporto in the north of Portugal. Chloe’s Hair is the first single of his second album, Jamboree Park At The Milky Way, due in February, which he recorded with guest musicians. Besides being a musician, Alexandre runs his own independent record label, Poptones, and an arts collective company, Sublime. Thanks to The Weatherman, the MAP sites are the first in the world where Chloe’s Hair is downloadable for free. Obrigado.

ROMANIA – Babylon Noise
Les Elephants Bizarres – Have No Fear
Les Elephants Bizarres is an alternative band formed in 2007 in Bucharest. Not really like those big, apathetic creatures, these dancing, multi-coloured Elephants are a very fresh and vivid appearance in the Romanian music scene. Their concerts often stir up the audience and make them dance with their indie-pop-disco-punk motley sounds. You can download some of their other songs and watch live performances on their website (http://www.leseb.ro/).

SCOTLAND – The Pop Cop
Evan Crichton – Holiday Time
Glasgow-based Evan Crichton is a rare talent. He’s a singer whose songs have a timeless feel, perhaps because they are immaculately paced and seem to exist in a world and space all of their own. After a year-long absence, Evan has just returned to playing live with a full band set-up and the Scottish music scene is a better place for it. Holiday Time is taken from his debut record Bright Our Broken Days.

SINGAPORE – I’m Waking Up To…
I Am David Sparkle – Jaded Afghan
The curious name of Singaporean band I Am David Sparkle is a literal translation of a famous Malaysian disco singer in the 80s called M. Daud Kilau. Their music, however, shows only a hint of that nostalgia. In Jaded Afghan, taken from their second album This Is The New, a carefully woven ambience is animated by an intriguing blend of beats and bleeps that moves back and forth in time. For me, though, what most subtly drives this track forward in the end is the sound of a gently wandering guitar, lightly treading but hugely moving, with slightly darker rumblings underneath.

SOUTH KOREA – Indieful ROK
The Invisible Fish – Fallen
Once the male half of Bluedawn – Korea’s foremost folk/dream-pop duo – The Invisible Fish is now completely on his own. For those who know Bluedawn his music is still familiar, but he’s experimenting more and the songs are more personal. Not wanting to compromise with his new-found post-noise-folk sound, The Invisible Fish releases everything by himself and put out his second solo EP, Loss/Sleepless last month.

SPAIN – El Blog De La Nadadora
Saioa – Is It Possible
From our point of view, Saioa has changed the concept of the singer-songwriter. She comes from the Basque land and her debut album, Matrioska Heart, was released in 2008 on the small Spanish label Moonpalace (http://moonpalacerecords.com/). Her songs follow a folk pattern with influences such as Low and Leonard Cohen.

SWEDEN – Swedesplease
The Bridal Shop – The Ideal State
I can’t say enough good things about The Bridal Shop. They perfectly meld the sounds of electronic pop of the 80s with shoegaze of the 90s and indie from the 00s. In other words they’re the complete package. Their Peruvian label (I know that’s kind of a weird locale for a Swedish group) Plastilina Records (http://www.plastilinarecords.com/) deserves kudos as well for releasing some of the best indie-pop this side of Cloudberry. This song is from the band’s mini-album, In Fragments, out in February.