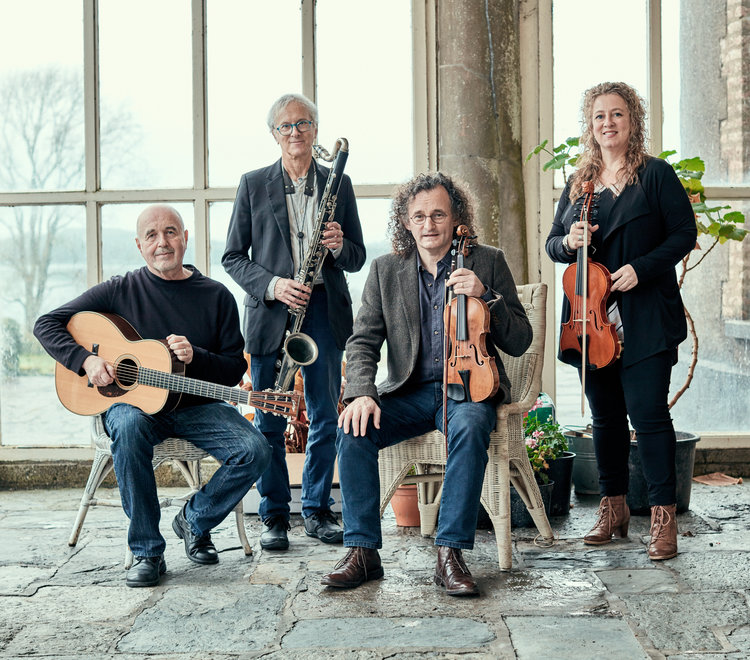 Plugd Records to reopen in the Roundy

Martin Hayes is an Irish music legend that can there be no doubt. In recent years, his work with his superfellows in The Gloaming has crystallised that fact even further.

Watching Hayes play his fiddle live, he’s a master of communication, of nudging other players, of encouraging others along, winking and tapping along guiding the tune.

For his latest project, he convened in an 18th century house in Bantry with frequent collaborator Dennis Cahill (guitars) and New Yorkers Doug Wieselman (bass clarinet, Anthony & The Johnsons and Laurie Anderson) and Liz Knowles (hardanger d’amore), with a fire going at both sides of The Blue Room (the album is called after it), the quartet’s recording process involved playing each traditional piece repeatedly and allowing something different to emerge in the process.

The resulting album is released by new Irish label 251 Records on October 27th in partnership with the National Concert Hall. Hear the album’s beautiful first track and watch a short film about the making of the release.