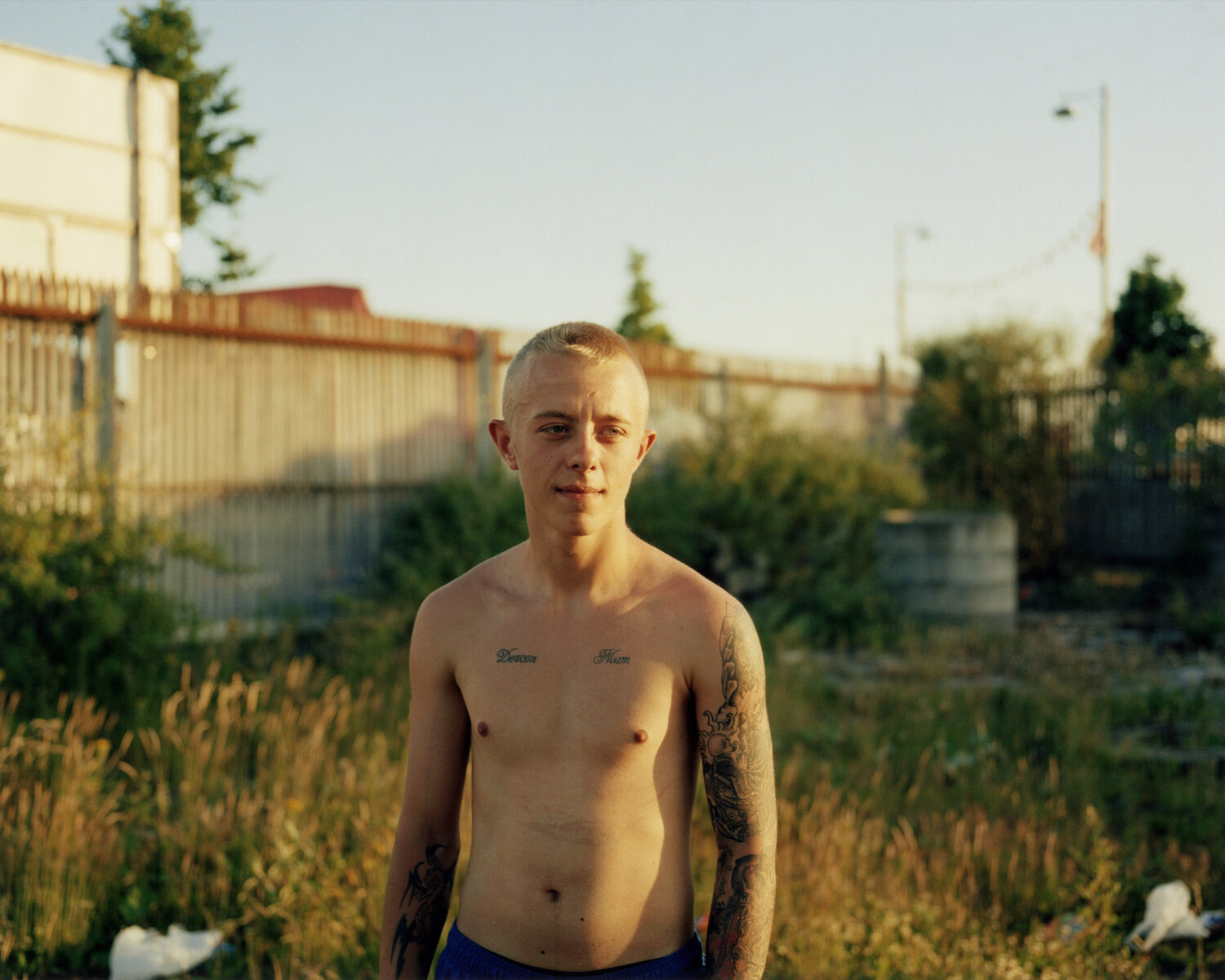 Love’s Fire Song is an exhibition by photographer Enda Bowe with a sound installation by electronic musician Max Cooper that is now showing at the Gallery of Photography Ireland in Dublin.

It is the culmination of five years of Bowe’s work with young people on in Northern Ireland.

Over the past 5 years Enda Bowe has worked with young people on either side of the peace walls in Northern Ireland. Taking the symbolic bonfires of July and August as his starting point, Bowe worked collaboratively with people from across the sectarian divide to create open-ended visual narratives.

Love’s Fire Song is concerned with storytelling and the search for light and beauty in the ordinary. Precise references to political context and geographical locations are underplayed to offer subtle new perspectives, revealing a quiet, contemplative portrait of youth culture. Often defined in opposition to each other by their religious beliefs, cultural background and inherited sense of place, the work highlights instead young peoples’ shared sense of ritual in gathering around a bonfire – which in itself echoes ancient traditions.

Max Cooper, himself a Northern Irish native, provided the soundtrack to the installation saying:

“I wanted to try and capture something of the power and beauty and humanity of Enda’s work with the musical accompaniment, but also, to give the photographs space to breathe and have their stories unfold. Having grown up in Northern Ireland, I also have a deep connection to the work, and even thinking of the photographs now as I write this invokes a strong emotional response of so many things I associate with the people and the place, and the intensities involved. There is a power and drive for life which I’ve only come to see since leaving. In the end, trying to put all of this into words is not something I can adequately do, but with music, I can more directly try to convey my feelings around what Enda has created, and I hope some of those feelings and ideas are stirred in you as well.”

More info & book into the exhibit.